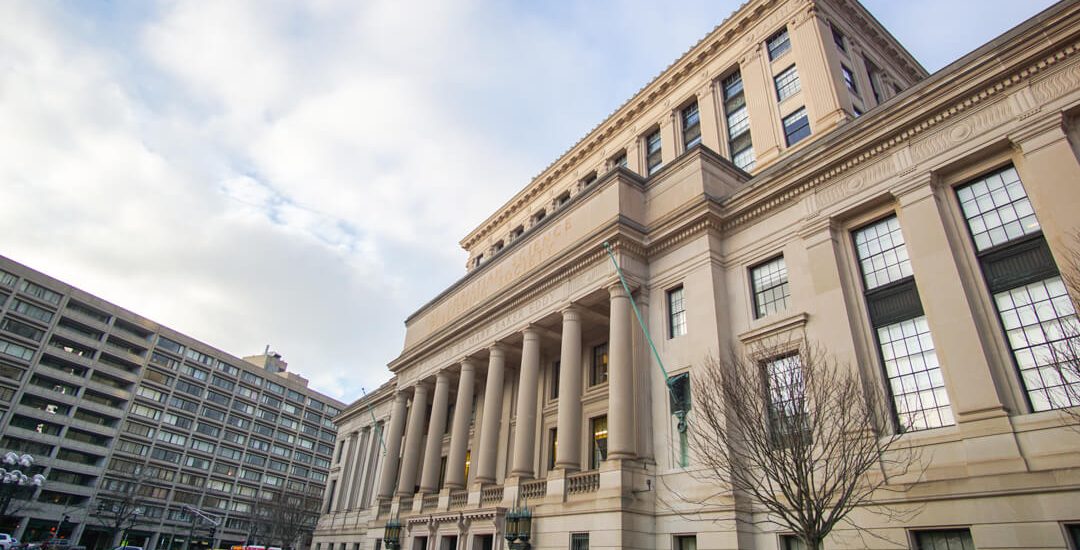 what do you do when you find bogo flights to the east coast in the dead of winter, you like oysters, and you’ve been meaning to visit your boston-based friend? you book a trip for 3 days in boston!!

it’s apparently nicknamed “the walkable city”, and we managed to do a good amount of walking, even in the 27f weather. the last time i was this focused on american history was while i was in apush 6 years (ap us history, aka one of the hardest classes i had in high school… my teacher used to spring pop essays on us), so there was plenty to re-learn and immerse myself in. the freedom trail was really enjoyable to meander along, since it almost felt like a scavenger hunt to find the next location instead of a stuffy museum. i loved the stories told on easels propped up in the booth-like pews in king’s chapel, and while we only did the section of the trail to the west of faneuil hall, i’m definitely finishing the rest whenever i go next. 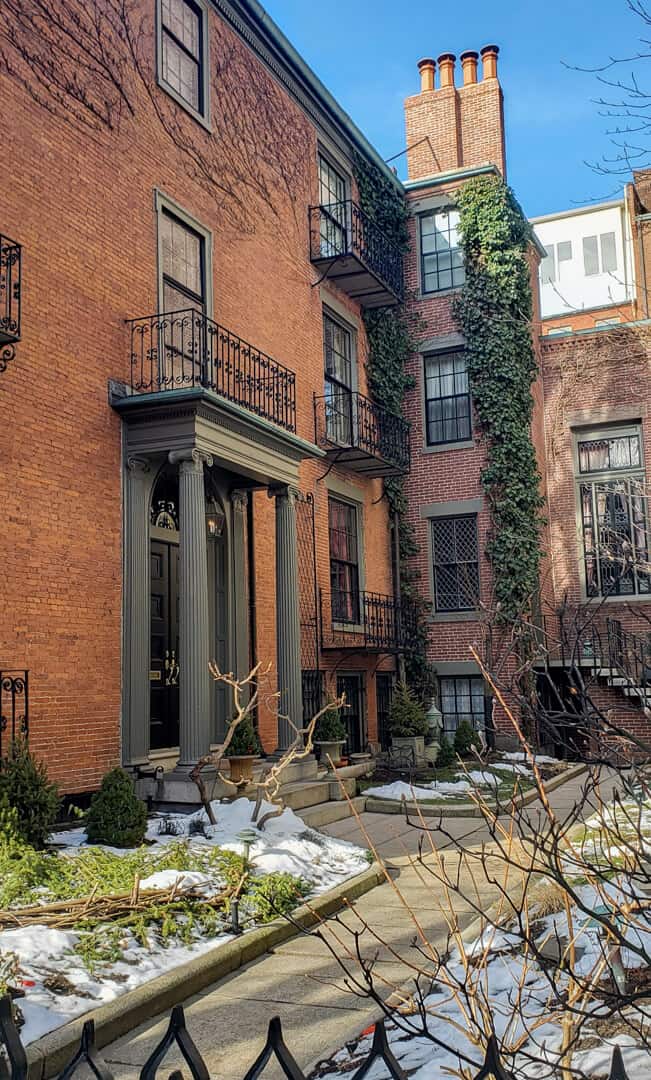 we also started along the black heritage trail, since both my friend and i were so fascinated by the freedom trail. this was anti-climatic, especially since nothing is marked or labelled or tourable like on the freedom trail. we had to backtrack multiple times, and guess at what building the map was trying to point us to. we did wander into beacon hill because of this trail though, and got to admire the very expensive homes (i thought the bay area was expensive, but beacon hill might win lol). after i returned home, i found out they have ranger led tours, so that’s something i’d look into next time since the black heritage trail is a lot harder to self-tour than the freedom trail. 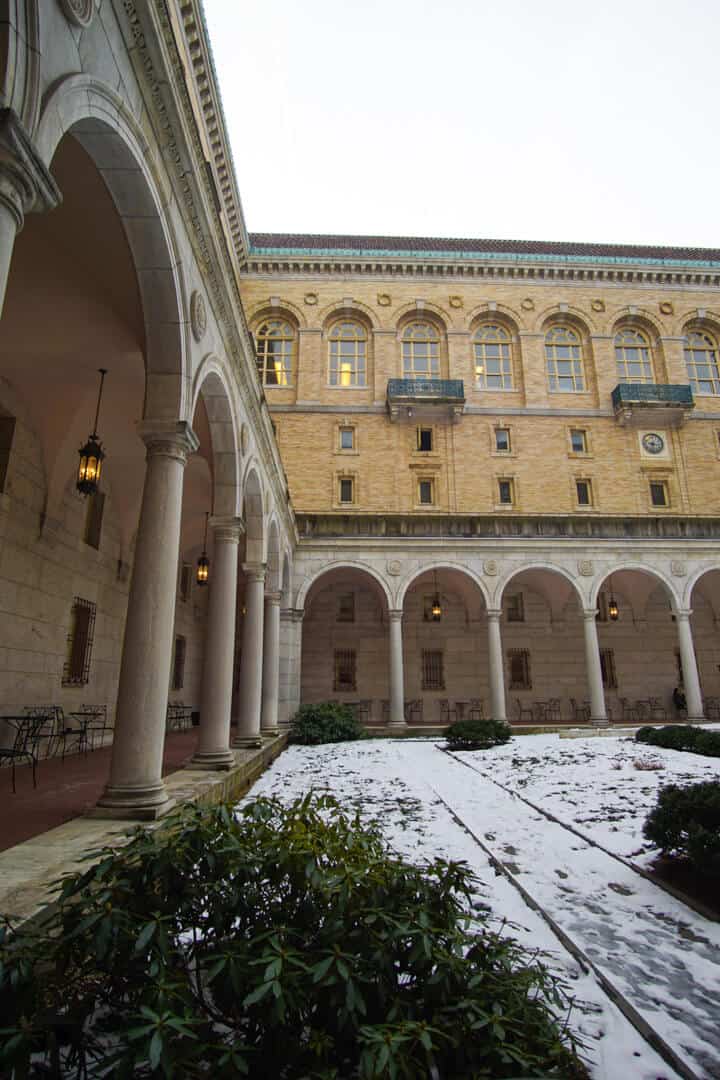 i really like libraries – i’ve wandered into libraries on the past 2 recent trips to seattle, i notoriously spent a “study session” at ucla taking pictures of the ceiling instead. so it probably shouldn’t be a surprise that the boston public library was a highlight of the trip. the architecture and detail are astounding, and the courtyard almost makes the library look like the getty villa. bay area libraries, step up your game!!

i know i mentioned loving libraries, but that doesn’t mean i would have wandered into the mary baker eddy library (pictured at the top of this post) willy nilly. it’s a christian science library; while i dabbled in buddhism in high school, so it’s safe to say that christian science is not something i’m familiar with, nor have much desire to become an expert in. that said, the mapparium, their spherical map room split by a traversable catwalk that reverberates sounds so interestingly, is definitely worth the $4 admission. there’s no christian science related material in the mapparium, so you can always read up on it outside of the room or ignore it completely if you want (; 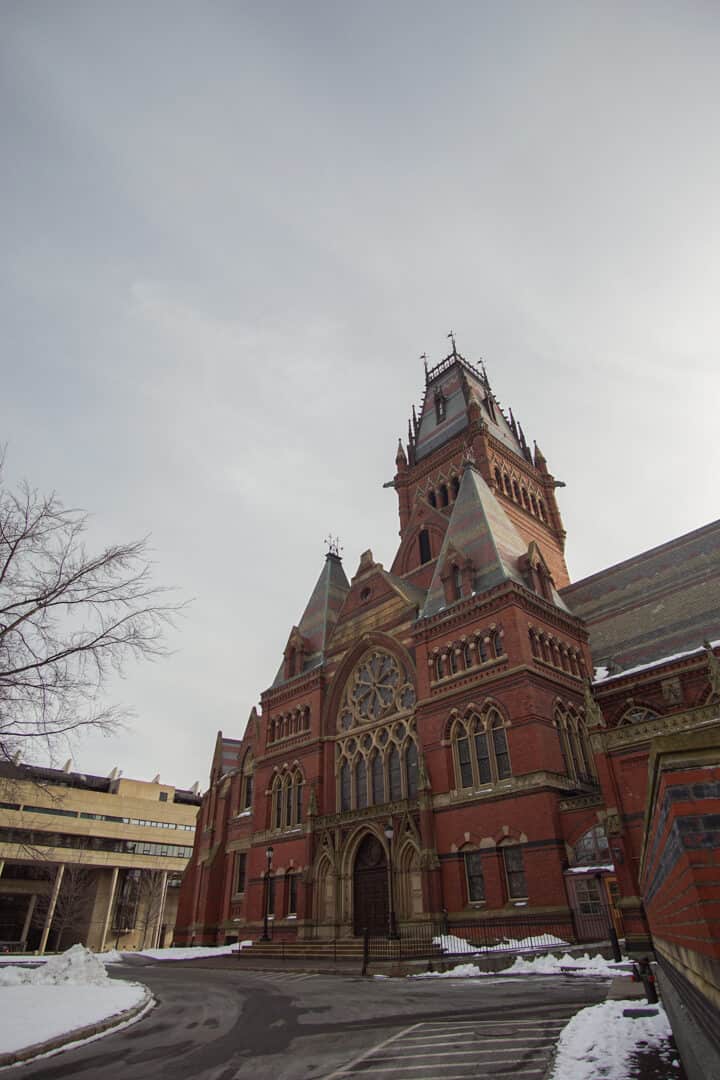 we also spent a few hours in the harvard museum of natural history. overabundance of taxidermy and an eye-rolling amount of harvard references in the texts aside, the glass work and the rock collection were enthralling. there were glass squids and jellyfish that were so fine and detailed, flowers made of glass that were reminiscent of the thinnest pulled sugar. the rocks and minerals in what i dubbed “the crystal room” were so varied, from shimmery to perfectly clear, smooth to craggy, we likely spent at least an hour oohing over these. 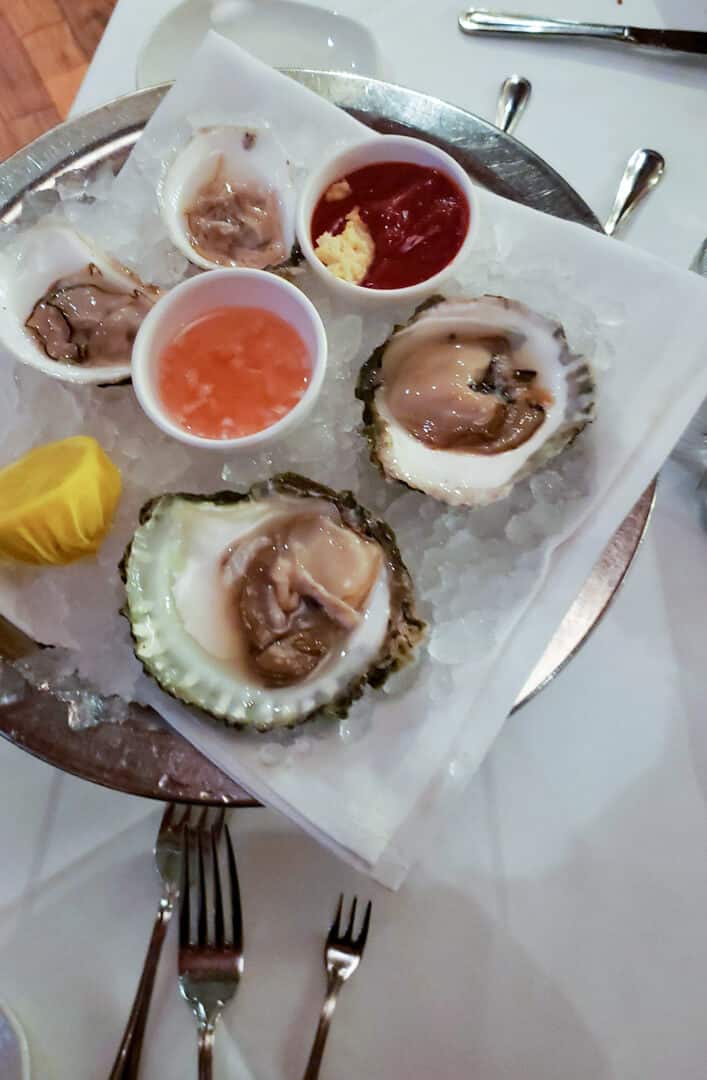 of course, we ate. we ATE. ribsticking, creamy, carby decadence because it is colder in boston than our california bodies are used to. we managed to squeeze the basics in during our 3 days in boston: lobster rolls in faneuil hall, cannolis at modern pastry, clam chowder. my favorite seafood though? the oysters from atlantic fish co. i can’t remember which we had, but they were sweet, crisp, and fresh. mmm. it was my friend’s first oyster experience: she didn’t want to eat a whole one, cut up the oyster in the shell instead of knocking it back, and refused to drink the brine inside the shell. she did finish a whole one, so for that i’m impressed, since this is the same person who used to only eat the very dark green tips of a broccoli floret, and who used to order her pasta sauce to the side of a bowl of plain noodles. adulting!! 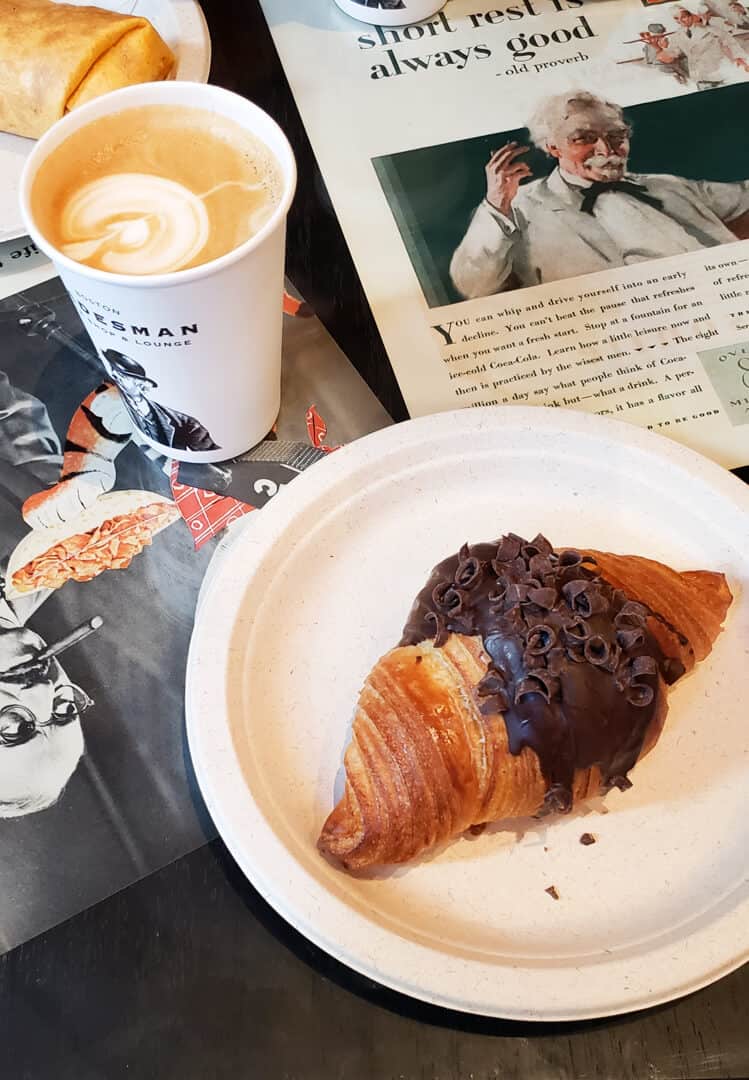 i also enjoyed a boston cream pie croissant from tradesman. (meanwhile, my friend had an egg white wrap, so obviously i was the one exercising health and restraint here). and wow. the spinach/labneh pita from tatte bakery was a little underwhelming (likely not the best thing to get there anyways but i wanted a savory pastry), and the sticky bun, brioche au chocolat and kouign amann from flour bakery were tasty if not exciting (i’ve been the lucky recipient of flour’s sticky buns flown back to california). the boston cream pie croissant though? delicious. sometimes the base gets soggy or overlooked in favor of the topping or filling in fancier pastries; not here. the croissant was flaky and crispy and buttery, and it stood on its own really well. the vanilla custard and dark chocolate topping only made it better, and it almost felt like an eclair’d croissant in the best way. yum. 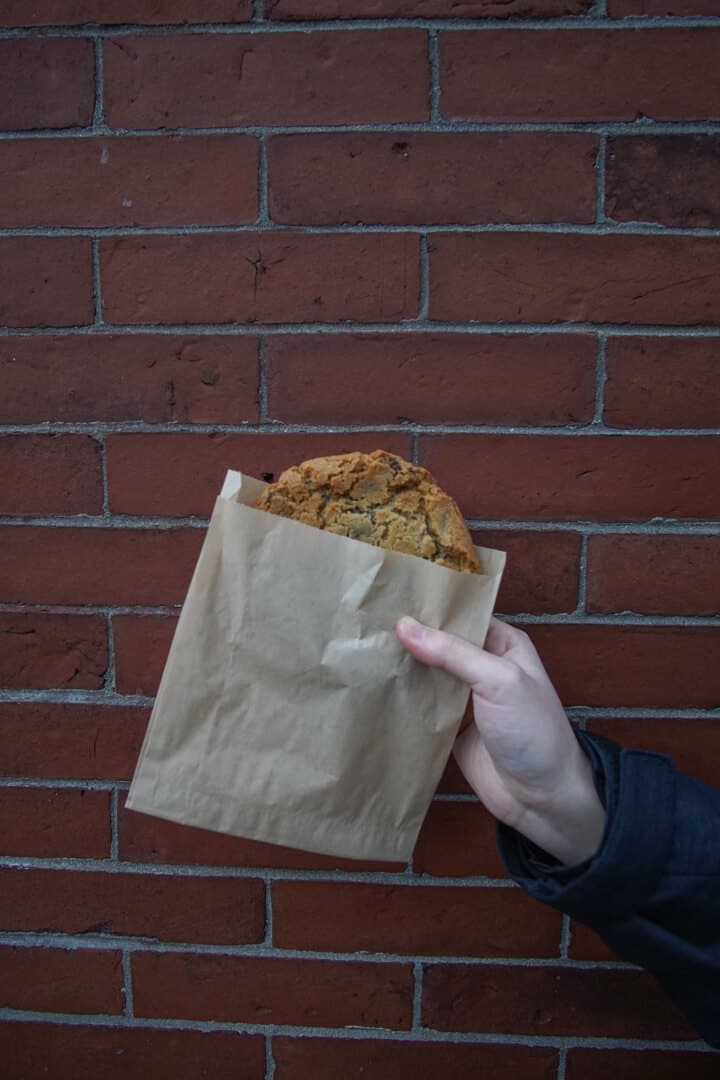 what’s a pair of friends to do when you have time to kill before a distillery tour? grab a crispy, chewy, melty chocolate chip cookie from cafe madeleine! tasty to nibble plain, tastier for the post-distillery tour/pre-dinner munchies, tastiest when you have a few big crumbs left to shovel into your mouth with a latte. 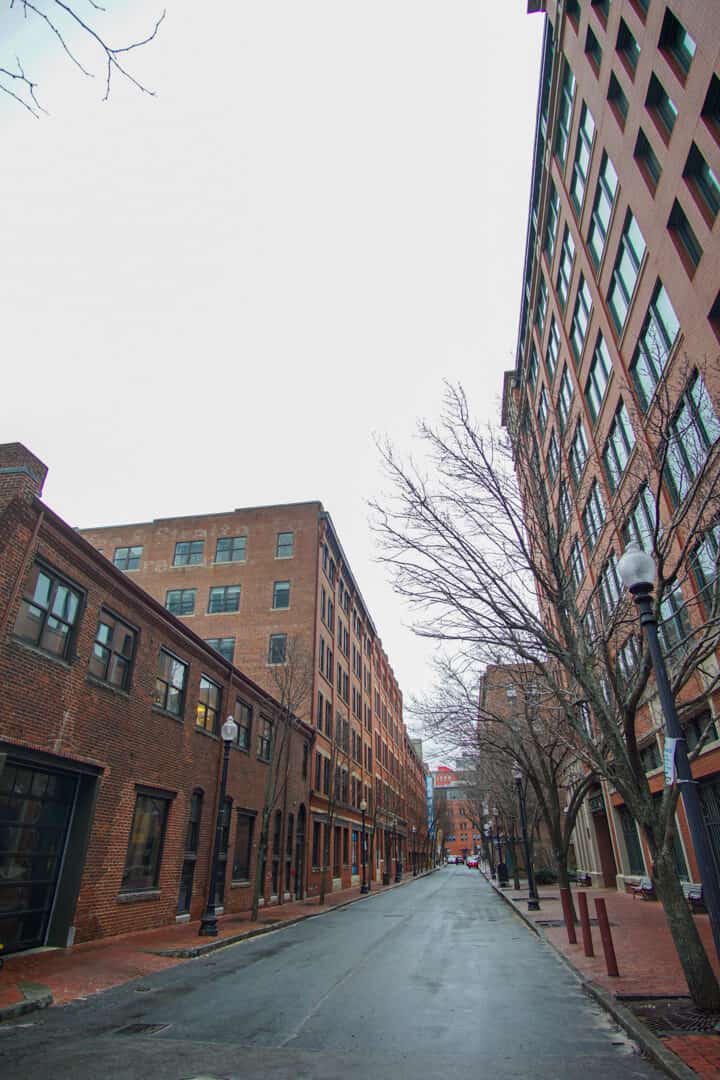 other trips beyond 3 days in boston 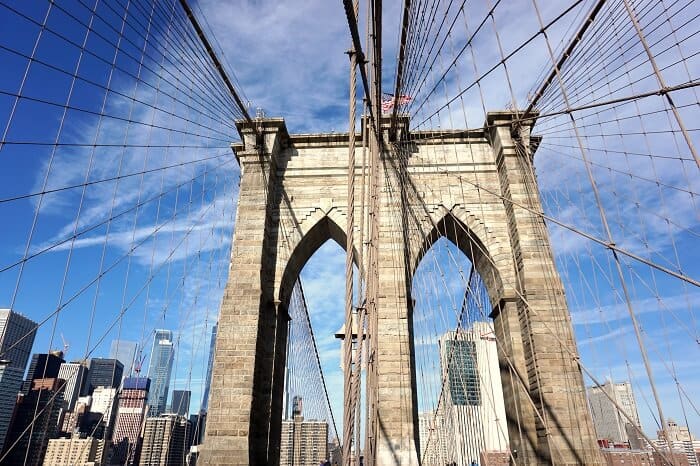 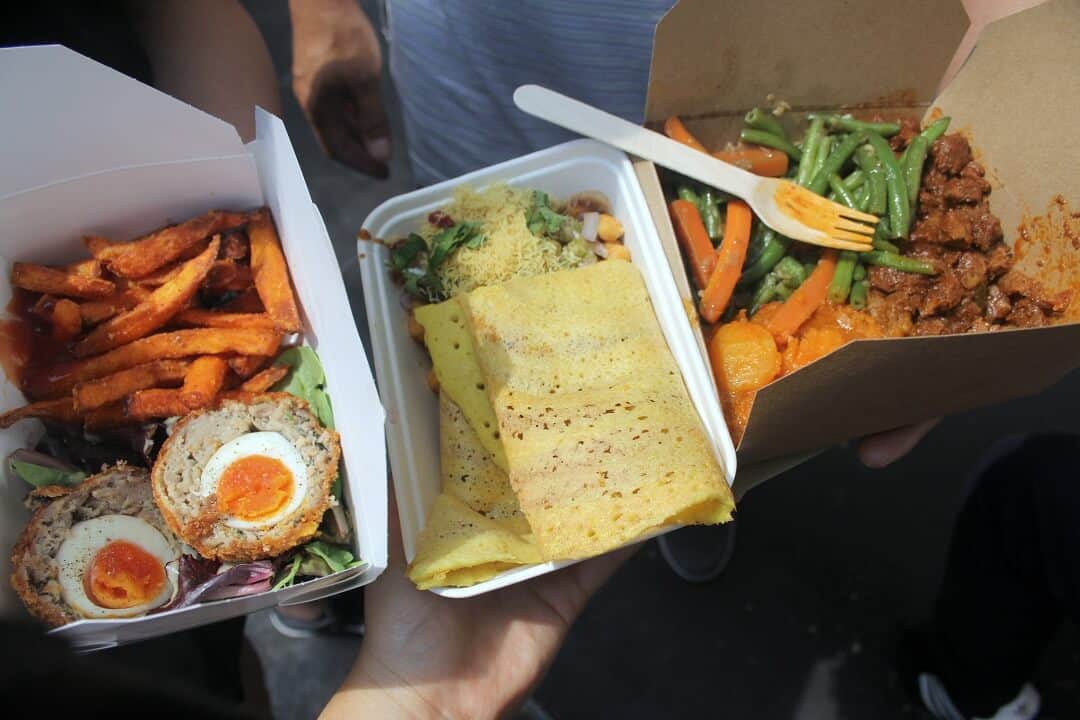 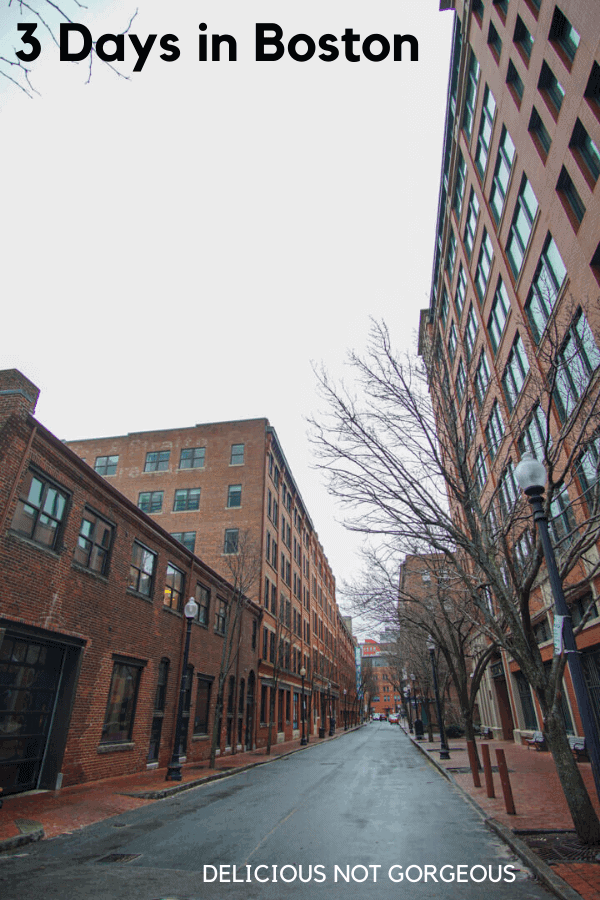 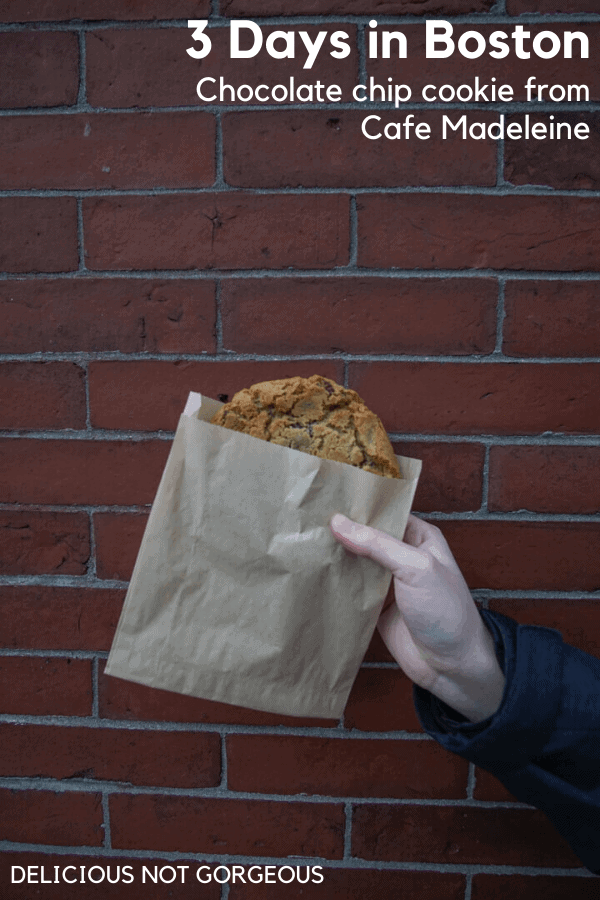 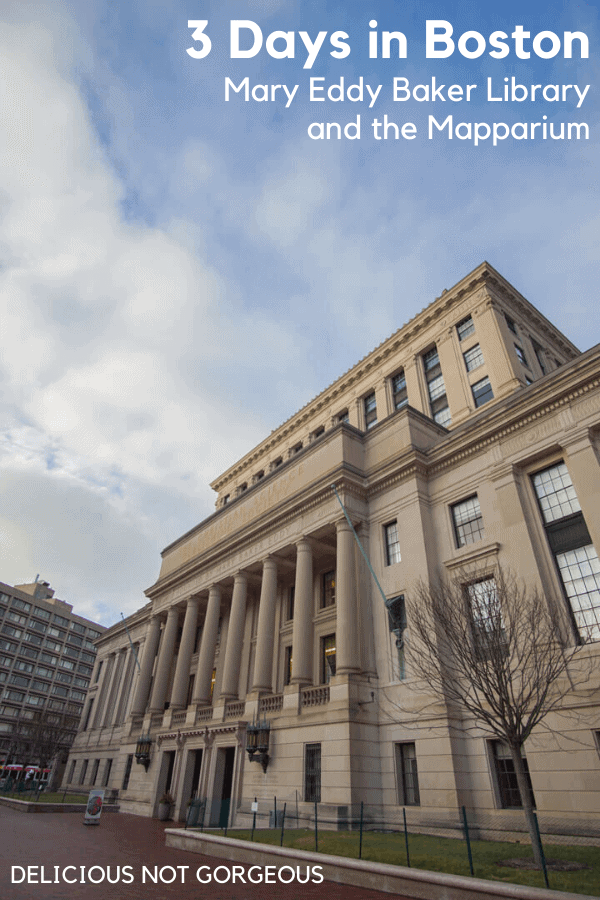 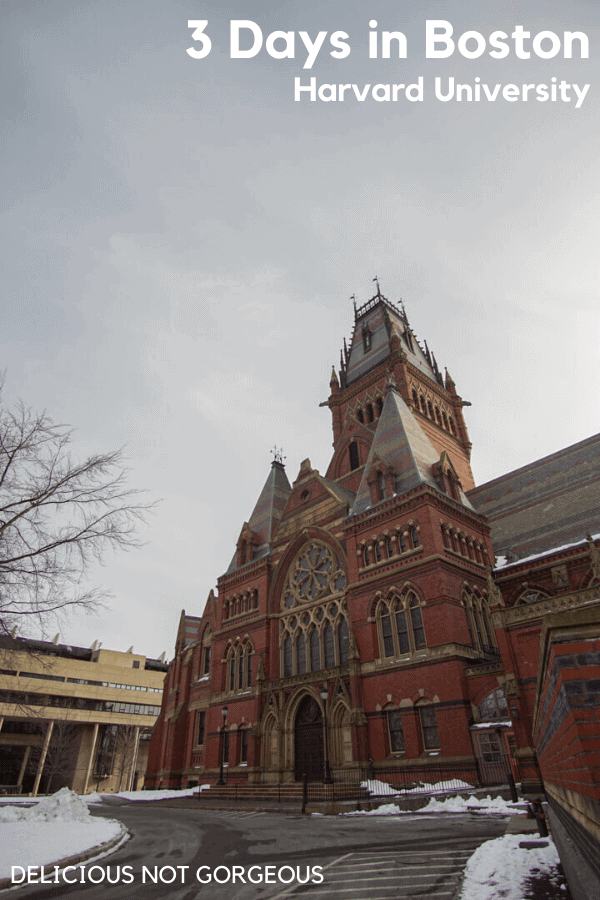 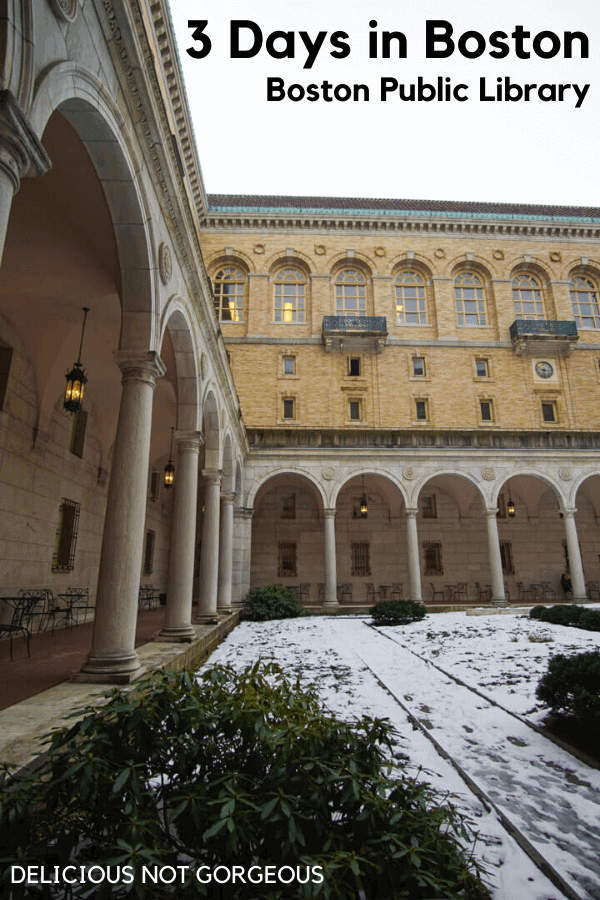