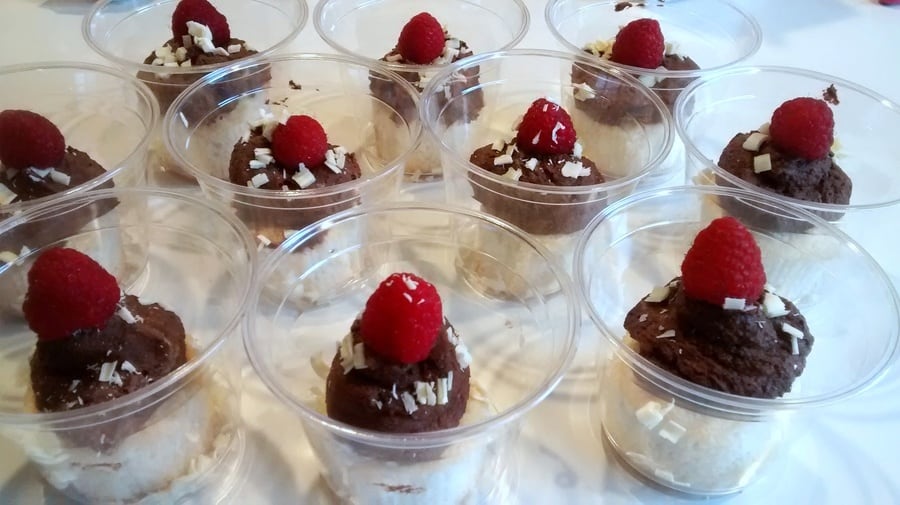 I’m hoooommmmeeee. School isn’t so bad (aside from the studying and the people). I like my school, it’s just that I don’t like the expectation of so much social interaction (I am a proud introvert) and I still haven’t found my people yet. When in doubt, go it alone. I went to the free showing of Big Hero 6 alone because everyone else wanted free foam fingers from the basketball game. Sure, it would have been fun to talk to someone while waiting for the movie to start (I got there 45 minutes early to make sure I got a good seat), but I still loved the movie and cried a lot. And yes, this was my third time seeing it.

Home is still nice though. One of Yang’s friends and Dough Girl got their wisdom teeth out, so Yang and I thought it would be nice to deliver goodies to them. Yang was set on angel food cake and chocolate mousse. To me, they didn’t sound that great and I kept pushing for mocha panna cotta. But Yang was persistent and ignored my worries that they wouldn’t be able to eat them. She was like, “Well I was able to eat fried chicken on the second day.” And I countered with the fact that I didn’t eat solids for a week, which she shoved aside as “weird.”

Anyways, we made angel food cupcakes, since I don’t have a tube pan to make a big one. Although, I may be getting one since Uncle French Toast’s mom is moving to a retirement home and giving away her pans. We layered the cakes with chocolate mousse in these cute clear plastic cups.

The only mod made to the cakes was to omit the lemon zest. Luckily, we did the egg whites by machine so they didn’t take as long to whip as the whipped cream for the mousse (which was done by my hand, and this was after I had already whipped a pint for the matcha mochi ice cream). We chose Yang’s ugliest liners, but even those ones were cute (“We’re not going to be able to find ugly ones in the cupboard because I only buy cute ones”). We ended up using some snowflake ones, which were out of season. It did look like we wouldn’t have enough batter for 12 cupcakes, but we ended up having plenty. We did two heaping spoonfuls of batter per cupcake and baked them for 15 minutes, although I think they were a bit over. 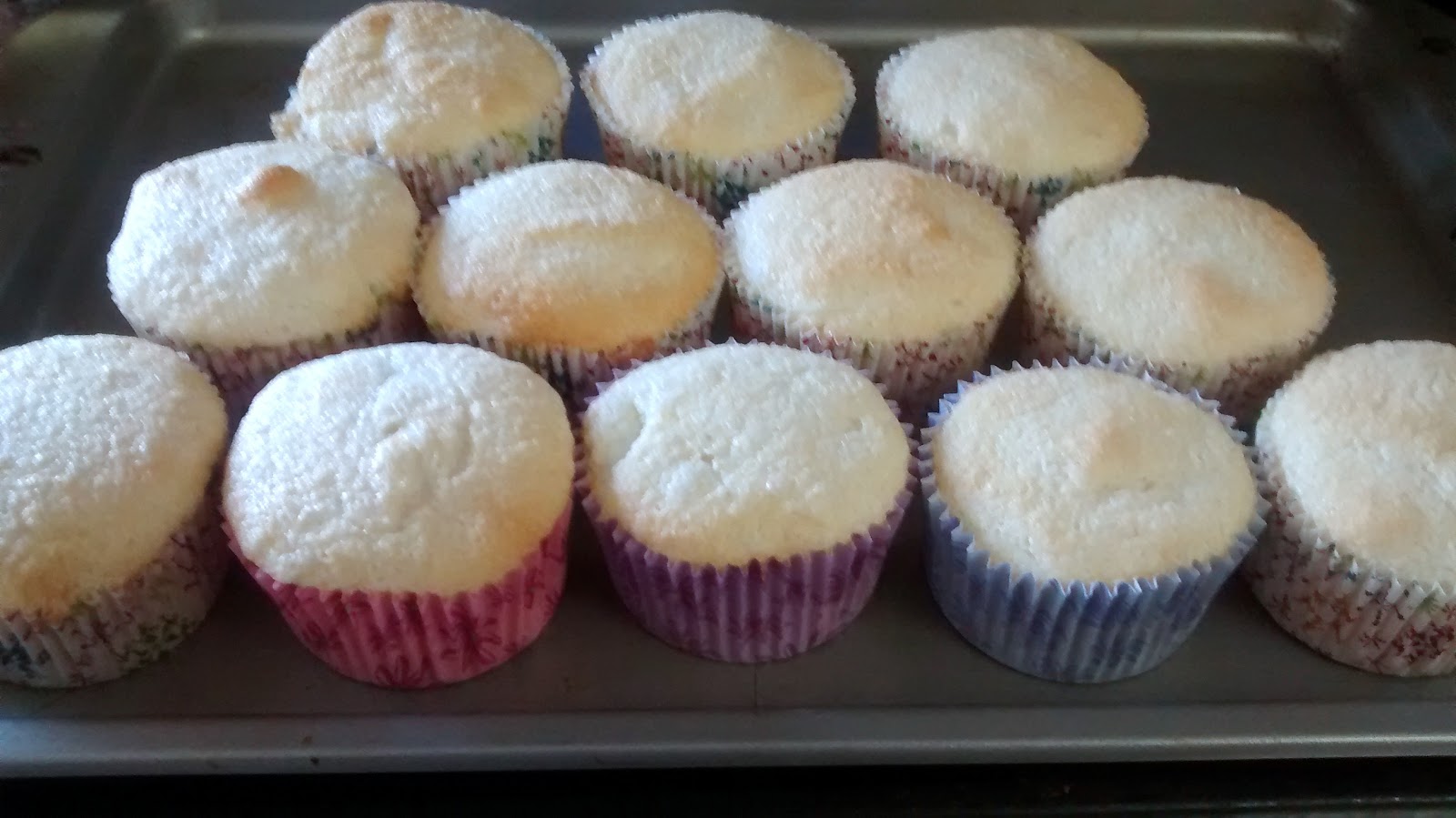 Then on to the mousse.

In a microwave, we melted down 3/8 cup coffee (made with a heaping tablespoon of instant coffee because both of us were too afraid to try to brew coffee) a touch of vanilla (instead of rum because I didn’t want to lug over my dad’s antiquated bottle of rum to her house) with 2 cups of semisweet chocolate chips that are definitely not artisanal or bean-to-bar or anything great. Nope, these were straight from Costco in one of those five pound bags because my family goes through a crapton of chocolate chips for chocolate chip pancakes and for the trailmix my brother makes bags of. It has chocolate chips and roasted, salted almonds because he’s a boring, boring person. He’s the one who orders cheeseburgers with just lettuce. Many a cashier has asked, “No sauce or tomatoes or onions or anything??” but all Mom and I can do is sigh and say, “No, just bun and patty and cheese and lettuce.”

Anyways, Yang bloomed the gelatin, but it all spilled into one pile on top of the water, so she tried to even it out with a toothpick. She microwaved it for a minute or so until the gelatin was all melted before stirring it into the chocolate.

The chocolate kind of hardened while I was dying and whipping the cream. I was a bit wary of the cooled chocolate, but it ended up working because there were bits of firmed (but not hard) chocolate running throughout that were yummy. Before refrigeration, the mousse was pretty smooth. 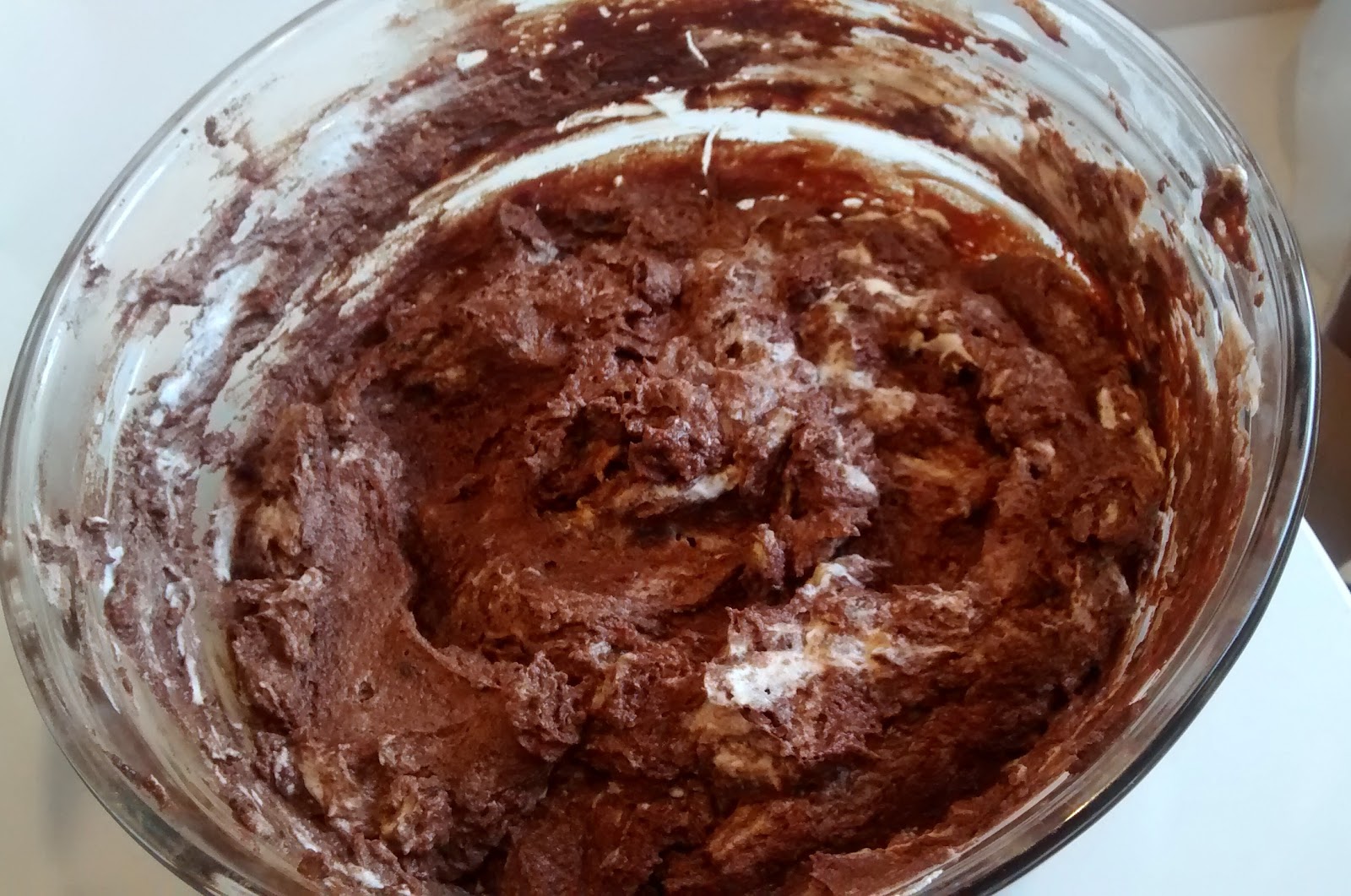 We layered the mousse with the angel food cakes. We had a ton of mousse, so we tried doing mousse-cake-mousse. That looked sloppy, though, so we did cake in the bottom and then a cone of mousse on top. They went into the fridge so that the mousse could set up more. 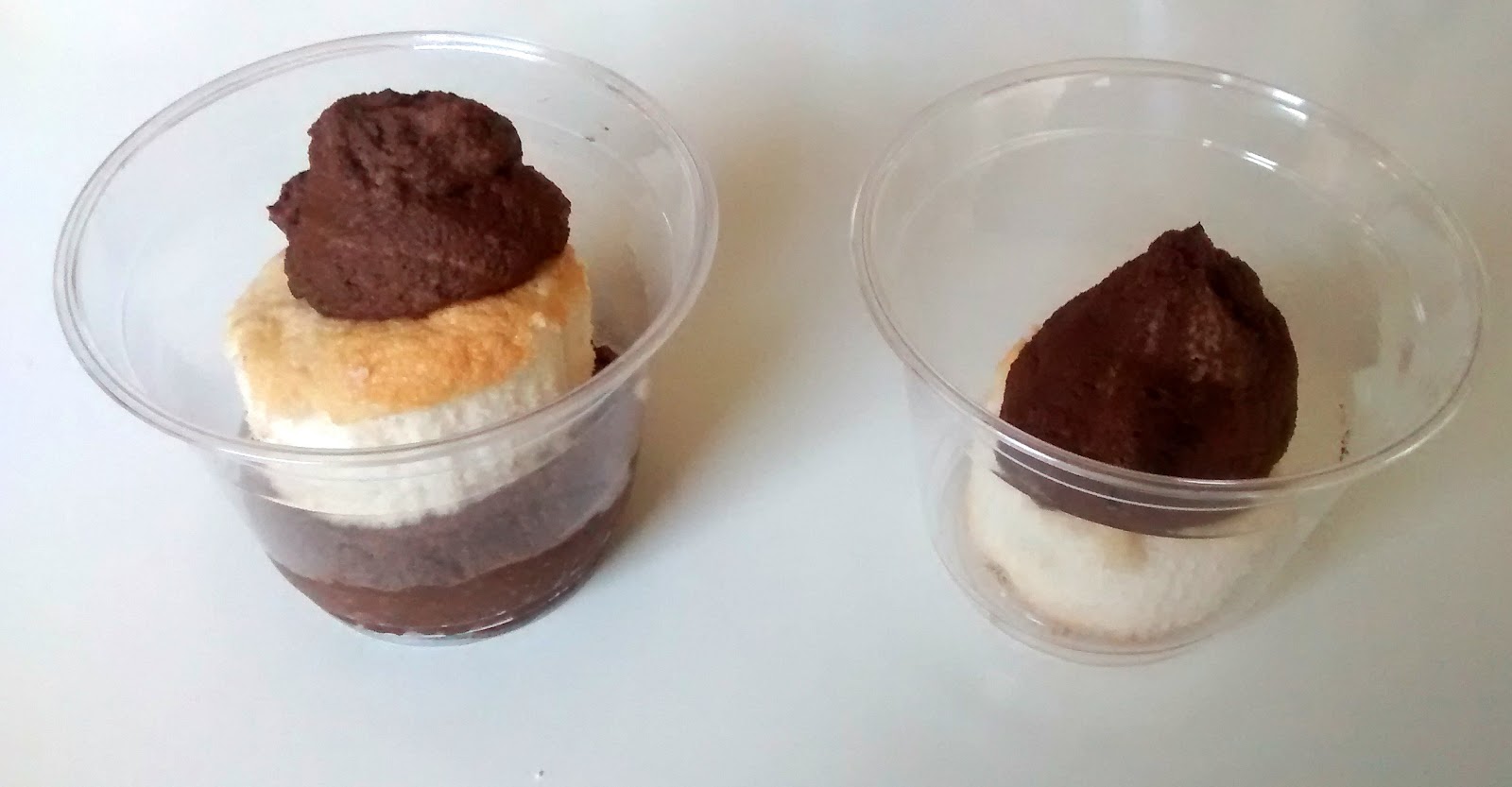 They were looking a touch plain and sad, so we went to Lucky’s to grab fresh raspberries and white chocolate to decorate them. Yang also picked up ingredients for a Mexican quinoa dish for her Chinese New Year’s dinner. I was weirded out because 1) Mexican food would never fly at my family’s Chinese New Year celebrations, and 2) they were getting together a couple days before New Year’s Eve, whereas my uncle always insists on doing exactly NYE.

We shaved the chocolate with a vegetable peeler, sprinkled that on top of the mousse and then placed the berries on the peaks of the mousse.

Yang and I had to try one, of course, so we split one. The cake was fine, but a touch dry. It got hidden under the mousse, so I think a higher cake/mousse ratio would have worked out better. The mousse was a bit chalky, and I thought it was because the chocolate was too cool when the gelatin/cream went in, or because the gelatin screwed it up. It took two days for me to realize that we totally forgot to add the butter. I don’t particularly want to make the mousse again, but I feel obligated to because we messed it up so badly. I also thought the mousse was too sweet, and would suggest using dark chocolate; stronger coffee would also help, since the bitterness would cut through the chocolate more.

Note that this has a “fixer-upper” tag; this means that I personally did not get the recipe to come out right (this was definitely my fault here), but that it should for you. It was still yummy and no one else said anything about the texture of the mousse, but it could be better.