let’s take a walk down memory lane. (i’m taking a page from spilled milk here. listen if you don’t already, and you too can laugh randomly while you gym).

now it’s probably more of a common occurrence, but i grew up eating kale as a child. it was right next to all the bok choy and broccoli and swiss chard in my parent’s weeknight vegetable rotation. it’s part of the only meal my younger brother knows how to cook (pan-fried tofu, sauteed kale and steamed rice). cooked kale was nothing new.

but raw kale? oooooo , that was an adjustment. there’s something so my body is a temple, so rough, so downright green tasting about raw kale and kale salads. not a convert at all, if i’m being blunt and honest.

so this barley kale salad with toasted coconut is a compromise. you get the raw greens still, in the form of arugula, but you get to mellow and soften the kale so the vegetable jungle is less intense to wade through.

the first iteration of this barley kale salad with toasted coconut was meh. it wasn't that flavorful, it felt like a ton of greens for a person who basically eats salad for the toppings. i was thinking about adding shaved parmesan or fish sauce or sesame seeds or fresh fruit or something.

but then i kept eating it... and eating it. the crunchy coconut, the chewy barley, the sweet/tart cherries, peppery arugula (arugula is one of my go to's for pasta or salad) and fresh cilantro somehow worked to make it addictive.

a few tweaks later (who needs to roast the kale? sauteeing is so much faster esp if the roasted kale didn't get kale chip crispy anyways), and here's the version i settled on. 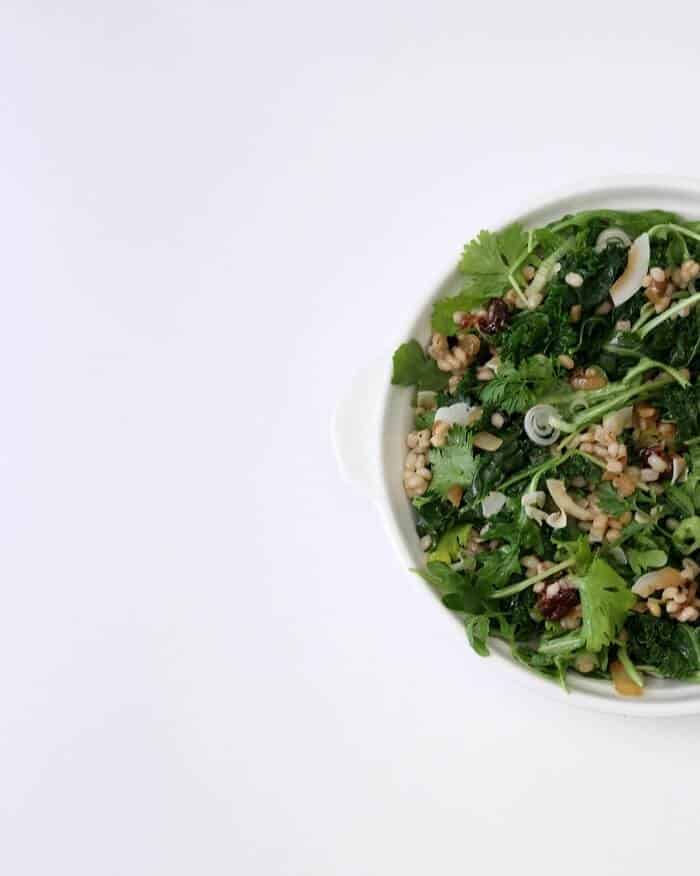 You can use any grain you want here, but I'd recommend something on the larger size. Quinoa and anything small gets lost amongst all the greens. 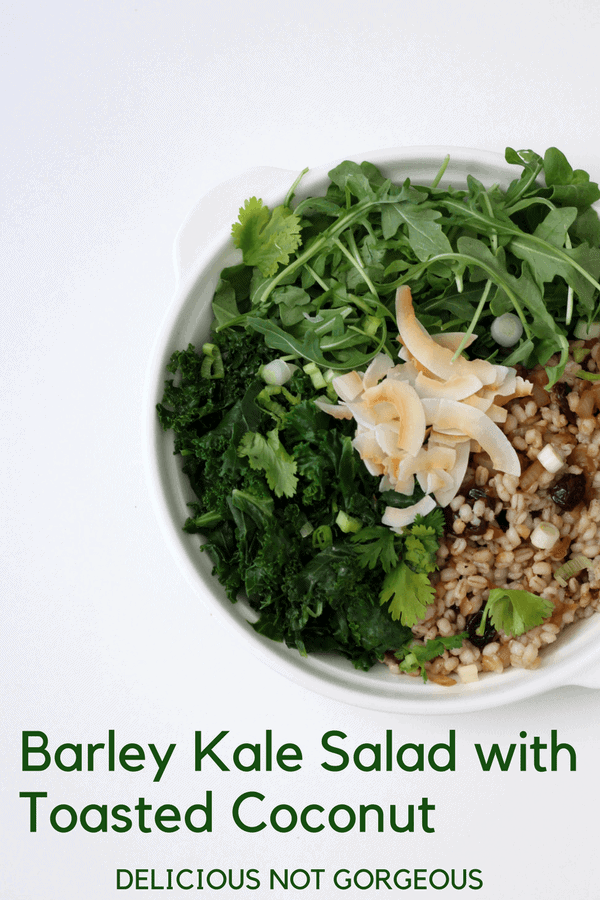