happy popsicle week!!! it's been a little over 30 hours since graduation, which is still weird and surreal to think about. so, we're going to distract ourselves by packing for a basic-for-others-but-exciting-for-me trip and with allllll the coconut, blueberry and five spice popsicles with sesame seeds.

and then the popsicles evolved into somethings that weren't even iced vovos, but blueberry + coconut milk + five spice + sesame popsicles. they're creamy and fruity and nutty and a tiny, tiny bit spice-y in the sense where there's something there and you have no idea what it is. 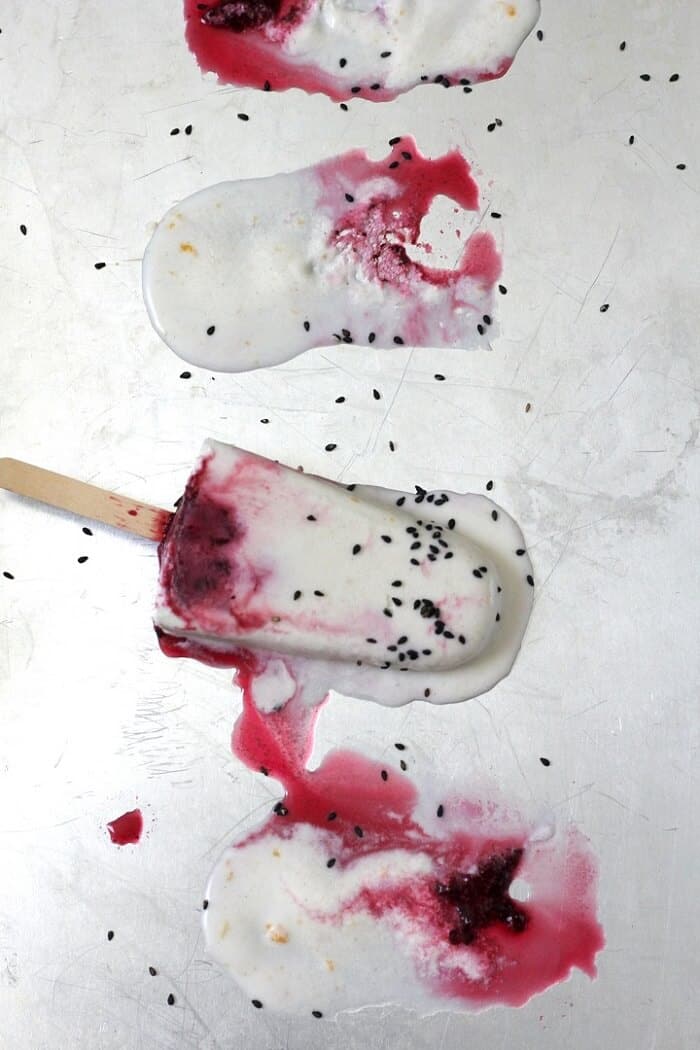 once you're done devouring these, how about some matcha popsicles or creamy red bean pops?