there are lots of songs about not giving up. "i won't give up." "don't give up on us." "never give up." and i think they're alllllllll applicable here. these double coconut pancakes with pineapple orange salad took 5 tries.

maybe i was too cocky. they're just pancakes, and i've made pancakes before! i wasn't a huge fan of the first recipe i tried, so i pivoted to my standby, alton brown's pancake recipe. when i tried coconut-ifying and pineapple-ing those pancakes, they were gummy and mushy. no matter how long and slow i cooked them, or how many times i tried to cauterize the pineapple craters. argh.

maybe i tried to infuse too much coconut in. i experimented using coconut milk in the batter: both trader joe's funky light version, and an asian brand of the delectably full fat kind. neither coconut milk added much flavor, and the pancakes seemed softer and not as fluffy as the non-coconut milk ones. i also tried subbing coconut oil in for the butter, which was another no go.

but they're finally where i want them to be. i gave up on the actual pancakes being pineapple and coconut heavy, and added coconut in the form of toasted coconut flake and coconut syrup garnishes. the pineapple came in with a quick pineapple, orange and lime "salad," though plain pineapple would be equally tasty if you're short on time or citrus. they're fluffy and tender, but not wet. the toasted coconut adds crunch, and the sweet coconut milk soaks into the pancakes as deliciously as maple syrup sinking into normal pancakes. and not to forget all that sweet-tart pineapple on top, with citrusy bits from the orange and lime. 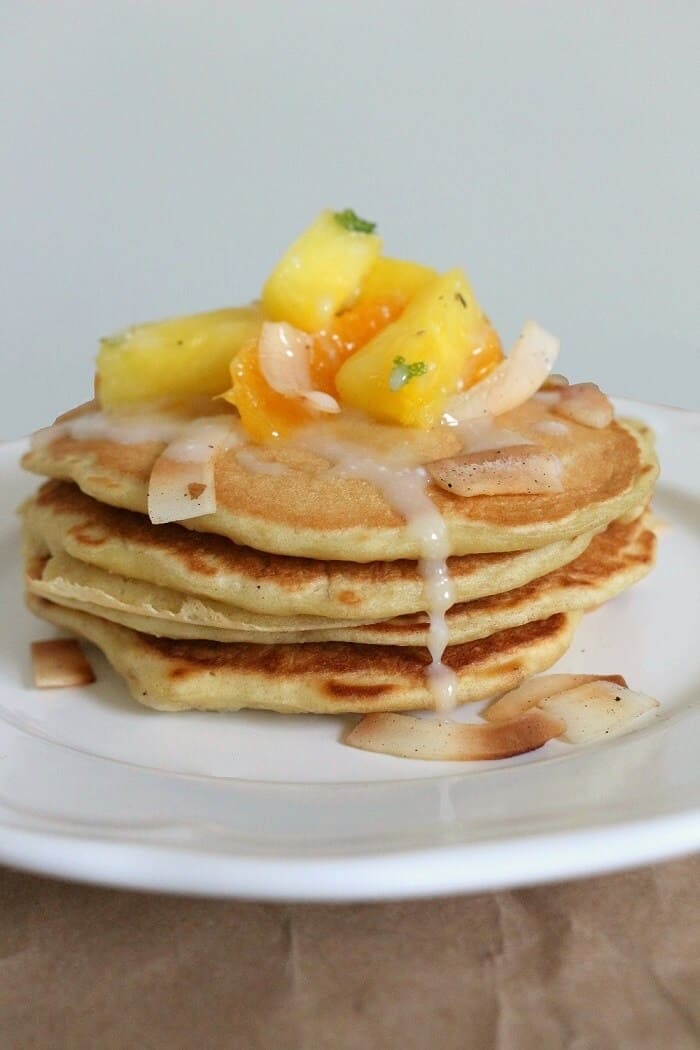 You can definitely scale the recipe. I recommend this many if you're cooking for one person with limited self-control around pancakes, or if you want to feed 4 but don't want any leftovers, but my family will double it and keep them for breakfasts all week. Feel free to double the pineapple orange salad, too; I like a generous helping on my pancakes.

Would not recommend using coconut oil in place of the butter. It doesn't add any coconut flavor, and the texture was funky when I used it.

Would not recommend subbing in coconut milk for the buttermilk. I’ve found that 1) it doesn’t add that much coconut flavor, and 2) the texture of the pancakes seems wetter, which I don’t love. 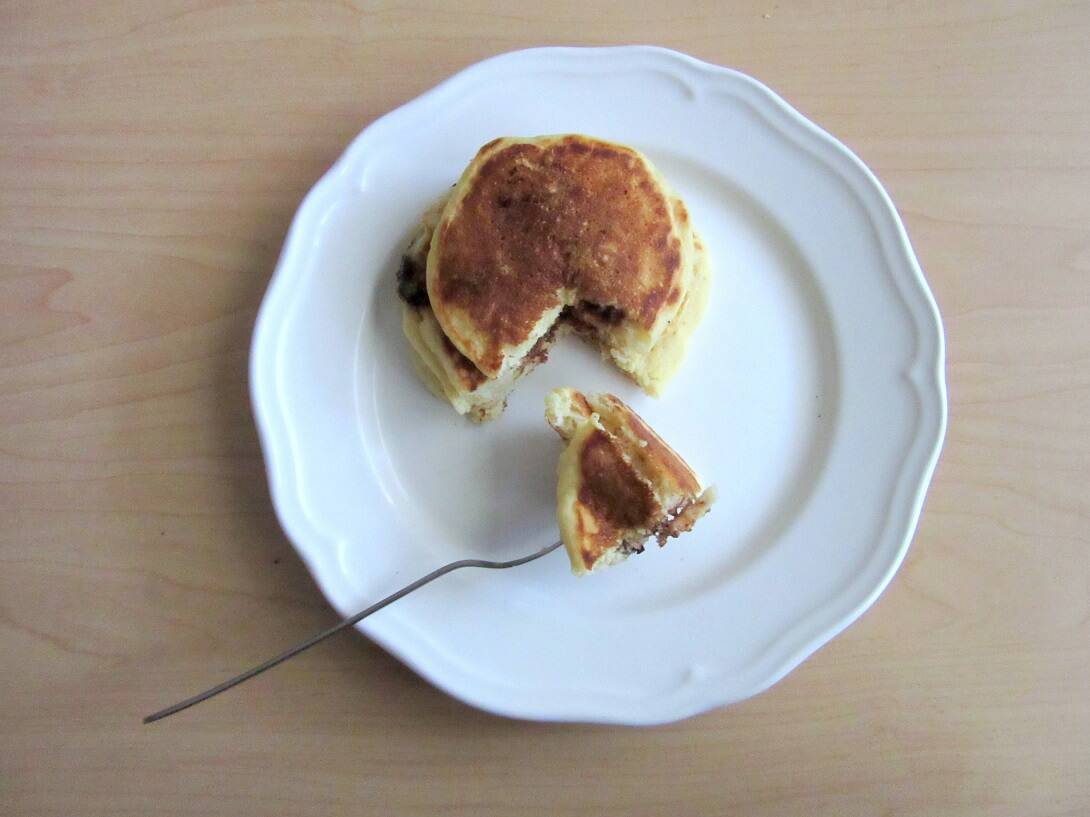