Disclaimer: this has nothing to do with St. Patrick's Day. There's no booze, nor is there corned beef or steamed cabbage/potatoes/carrots (that's what I typically have for dinner on SPD). It is green, so that should count for something, right?

Kala has been on this huge matcha binge and me and Yang were discussing a picture Kala had on Snapchat of her smiling (Kala is known for looking mean but she's really a softie especially when there's food and/or doggies) with a bite of green tea mochi ice cream. This is while we were “studying” at Big Mug. She was doing chem notes and I was studying for my bio midterm, but somehow we managed to plan that we're going to at least three amusement parks (Disney is the pinnacle but we'll see if it happens), watching Phantom and trying out a doughnut ice cream sandwich shop near her school.

Anyways, back to Kala and mochi ice cream. I was like, oooh, I have a recipe bookmarked for that!! And somehow we decided to make it for the next day. Wheeeeeeeee.

We whipped the cream by hand. Or shall I say I whipped the cream by hand, since Yang was like MY ARM IS DYING after a minute of the slowest stirring a whisk has ever seen. I got a blister on my middle finger (I am pathetic as well), but it’s okay, since whipping cream was the only exercise I did for the four days I was home (oops). It seemed so fitting to have matcha cream in a green bowl. We tried it as is and dang, we were both hooked. Matcha whipped cream needs to show up more in our lives. 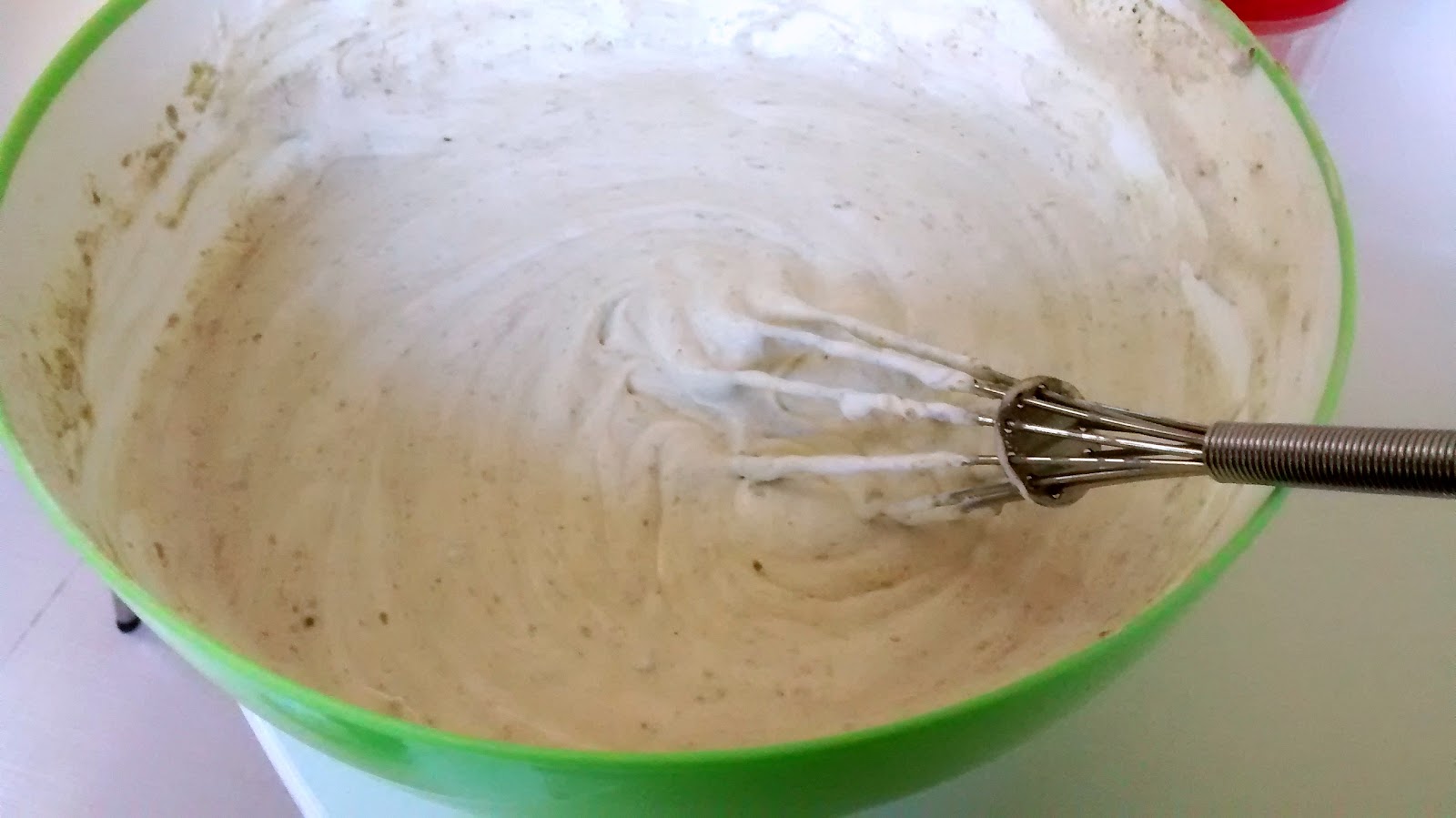 We froze it for a couple hours, but kept checking it every 20 minutes to “check the consistency” (read: eat more spoonfuls of it). It took a long time to firm up, so long that we eventually decided to just go ahead with it and use it in the mochi even though it was too liquidy. 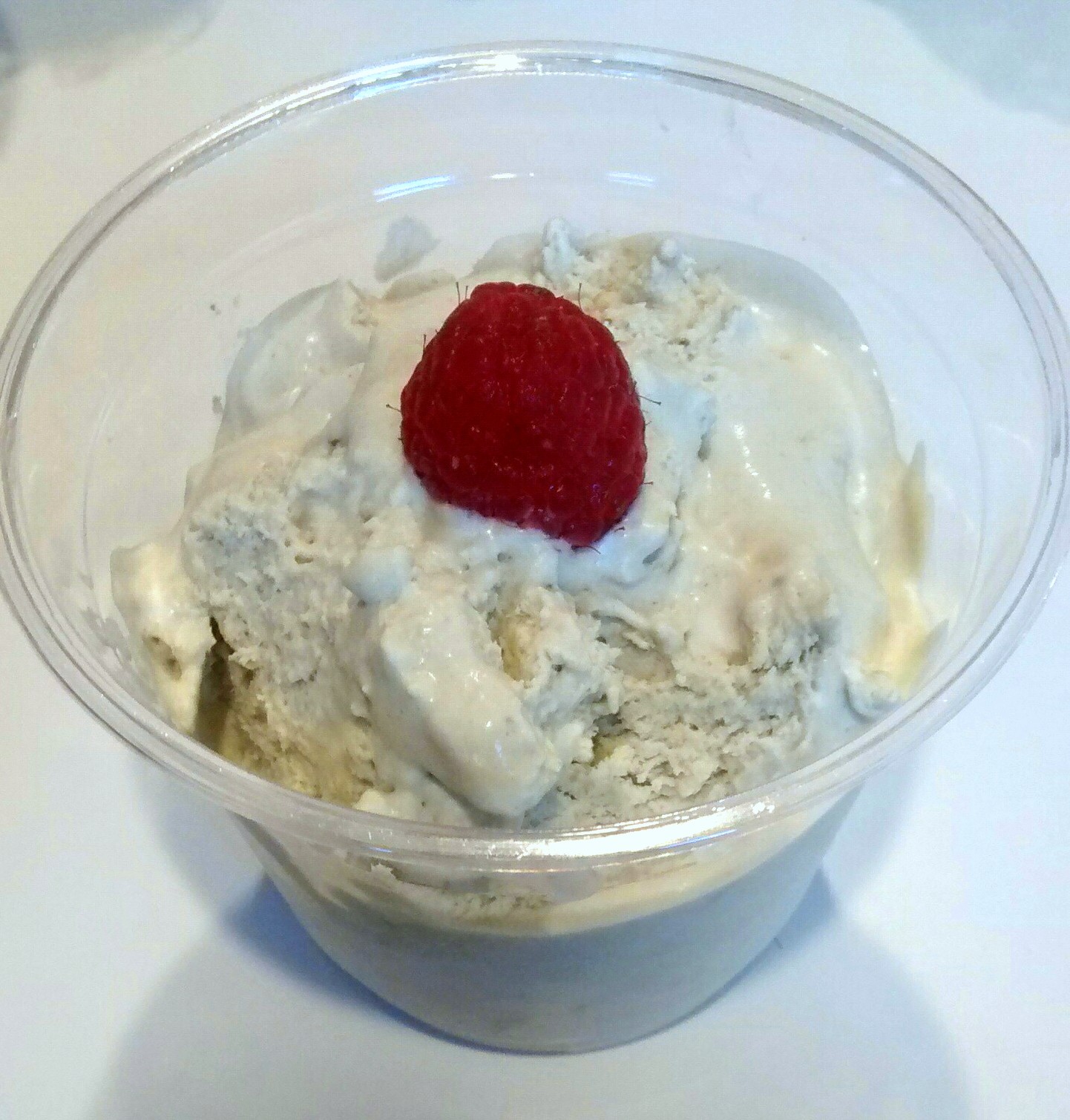 Anyways, for the mochi, we microwaved it until it was hot and super sticky and elasticky. We turned it onto her table covered in mochiko (which you shouldn’t use; go with cornstarch, because mochiko makes the mochi taste weird later). We tried to use the mochiko to shield our hands but it was no use. The mochi gravitated towards our skin like we had gravitated towards the ice cream. We were too lazy to get out a rolling pin, so we just tried to pat it out. We cut out squares and laid them into cling wrap-lined muffin cups. We spooned in semisoft ice cream (which we should have portioned out before and let harden), and tried to fold the mochi over the ice cream. The thicker the mochi the easier to use, but the thinner the tastier (and easier to rip). We wrapped them in plastic wrap and left them in the muffin tins while in the freezer. 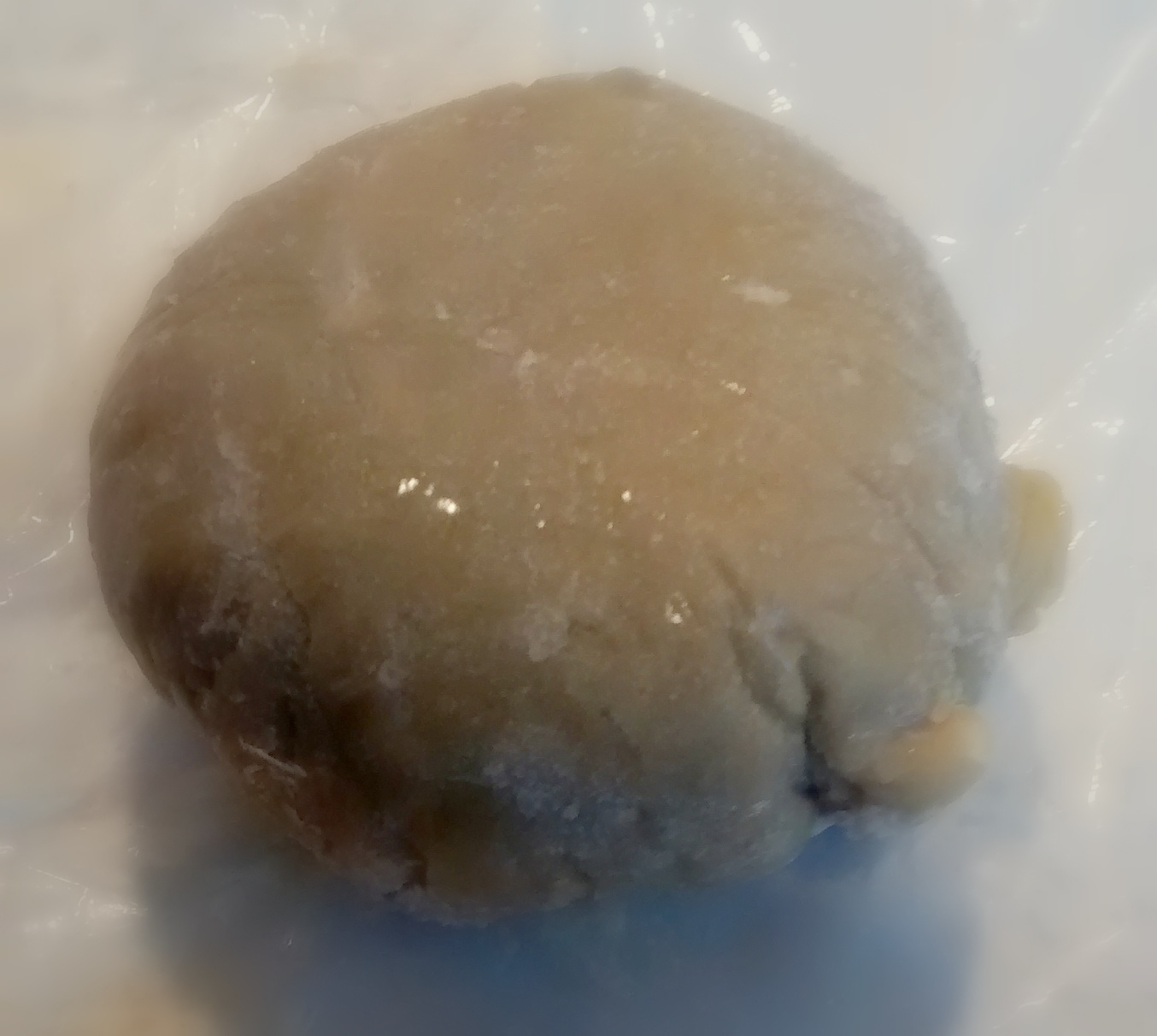 We froze them while we ran to the grocery store to pick up berries, and then came back to try them. We cut into one and wow, it was pretty yummy. The mochi had a great chewiness, and the ice cream was super creamy (not at all icy and so much smoother than any other homemade ice cream I’ve had). The only thing that needed to change flavor-wise was the mochiko-dusting; cornstarch or powdered sugar would have worked out so much better, and you don't get a raw flour flavor.

I drove us back to near our house so we could drop some off at Yang's friend’s house. However, we knew the ice cream was really melty so I drove as fast as possible while still being safe, of course. I was imagining headlines: Girls Die in Car Crash while Transporting Melting Mochi Ice Cream. We even cranked up the A/C because it was so warm and we were so afraid.

Yang and I are already gearing up to make another batch. I want to do a matcha mochi with mango ice cream (whipped cream with canned, sweetened mango puree folded in), and I think it will be delicious. And prettier, since we’ll have gotten the formation down more (hopefully).

Update August 2015: For this batch, we used this recipe from The Squishy Monster. However, for subsequent batches I've used this recipe from Just One Cookbook. Nami's instructions are much more clear and her pictures were a life saver when I was doubting what it should look like. Also, these are a lot of work, not to mention that the ice cream wants to melt all over you immediately and the mochi likes to create puckers when you try to form them. Therefore, I would recommend that unless you REALLY want to make these, have a lot of time, and are willing to do a fair amount of clean-up, you should buy them at the store. They're just as good, and there's zero work involved.