happy national peanut day! was trying out some pb chocolate chip shortbread cookies and pb&j blondies, but neither was great and i wasn’t motivated to try to make them better a second time. and all these things were peanut butter, but pb is made from peanuts, so i’m just going to go with it.

so, i introduce you to (excuse my language) the holy shit toast. i first had it at trouble coffee in sf, home of the $4 cinnamon toast and the build your own damn house (aforementioned toast, a coconut, and a coffee). i’d first heard of the place through this article (fyi, it’s a little long winded), and finally made it there on a recent adventuring trip through sf wherein we drank a ton of tea, chai and two kinds of pmt, in the mission, and then went over to trouble, which is kind of far i know, for more tea (the girlfriend, aka the earl grey lavender latte) and a slice of toast. we got the holy shit, with pb and honey and cinnamon sugar, instead of plain cinnamon sugar, even though the latter is what they’re known for. 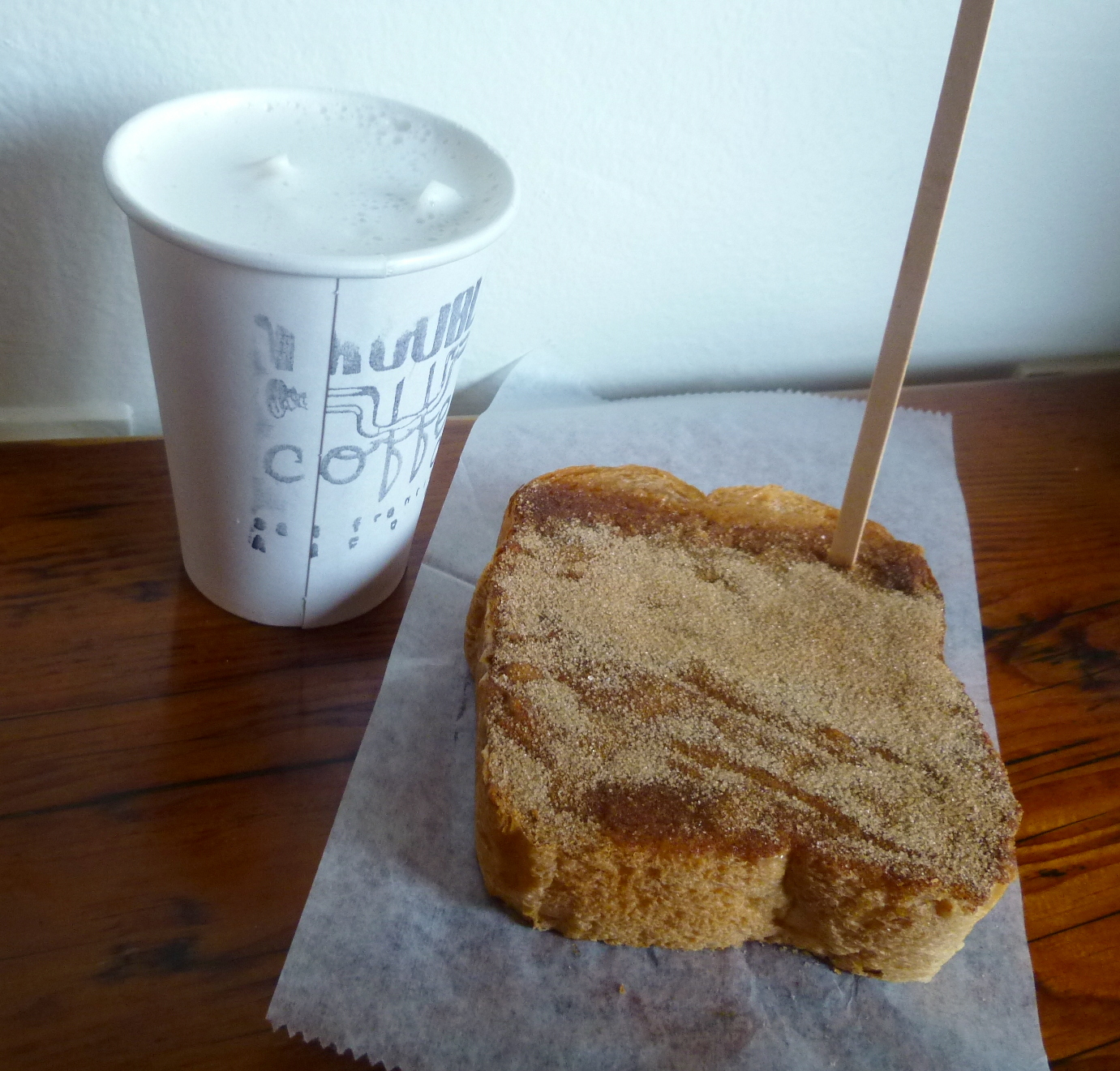 now, did this toast live up to its name? not really. it was good, as good as salty creamy peanut butter and sticky honey and fragrant cinnamon can be. mostly, it’s just a comforting piece of toast for when it’s blustery outside (the outer sunset is always ringed with murky fog). and it’s fun to say it; i revel in how juvenile i continue to be.

they use a thickly cut slice from a pullman loaf and i suppose you could, too. i don’t tend to have white bread on hand, only a mishmash of bagels, wheaty/healthy-ish breads, and crusty loafs for soup and dipping in olive oil. of these, i really like this 21 whole grain bread. it’s a little nutty and very gently sweet, not to mention that it’s my go to bread for putting things on toast. smear, or force if you didn’t stir it very well, a generous dollop of nut butter (i prefer crunchy salted pb) on, drizzle with some honey, and sprinkle with cinnamon. or cinnamon sugar if you really want a sugar high. eat on national peanut day, on a monday morning, on a grey day, on an i don’t feel like making real dinner day. 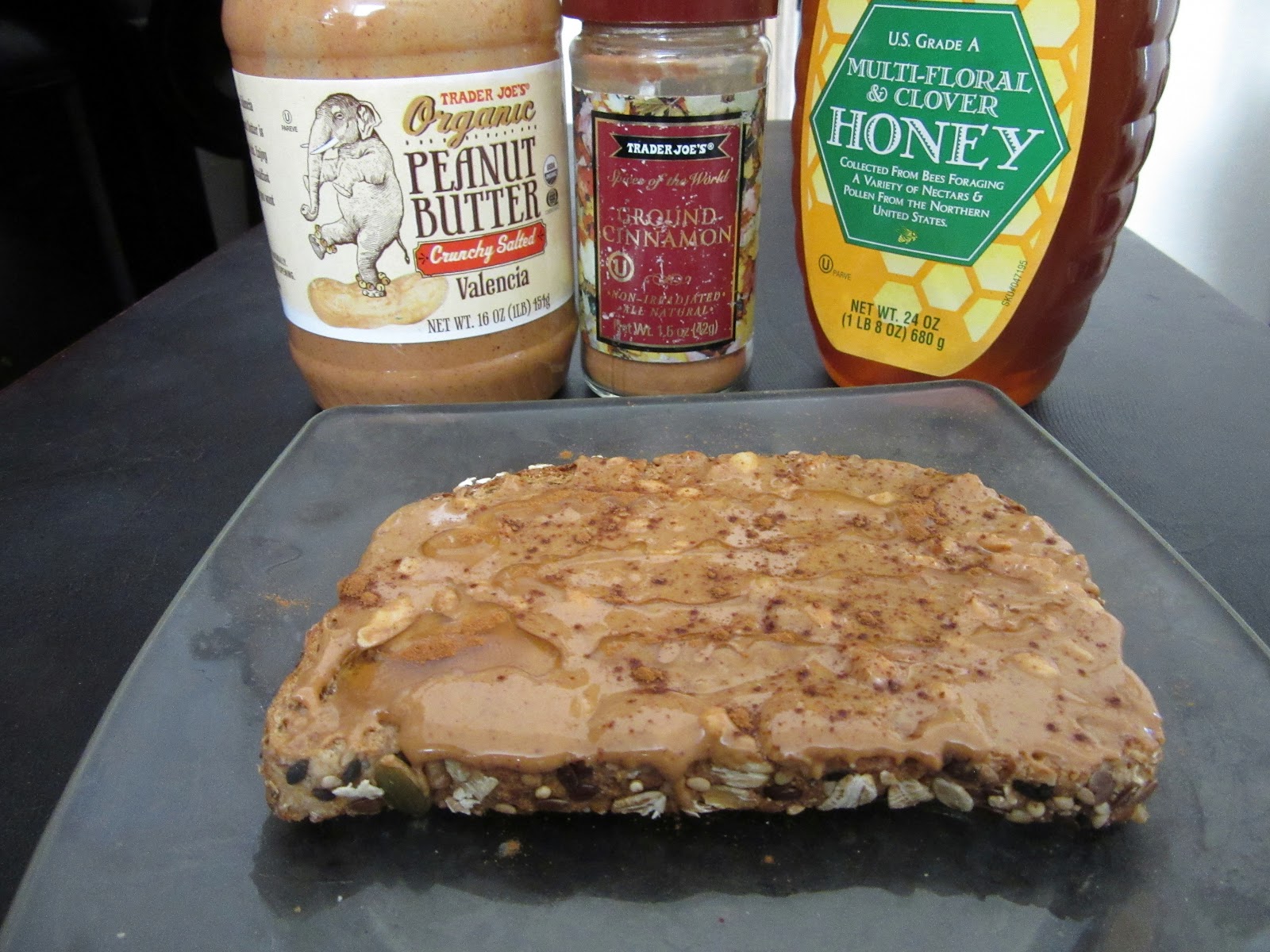 how obvious is it that i have a trader joe’s love affair?
« Red Bean Coconut Milk Popsicles
Candied Espresso Walnuts »