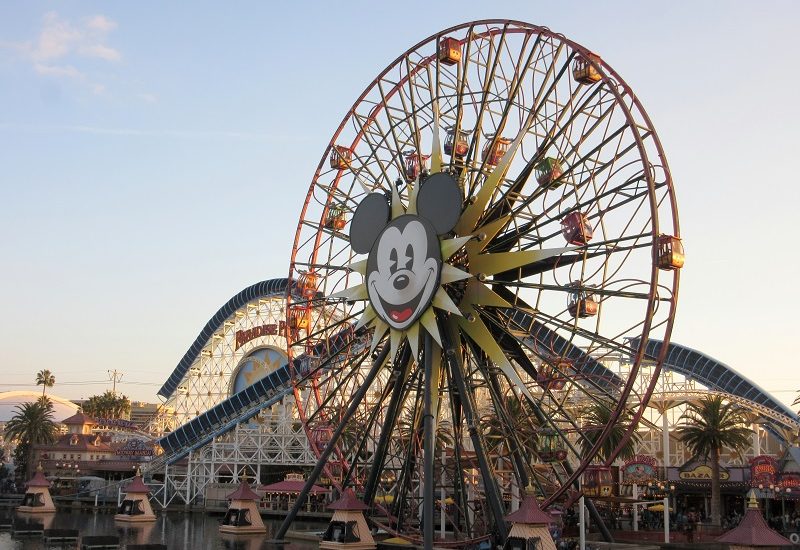 psa #1: don’t communicate how much shock and pain your wallet is in when you hand over $18 for parking. the parking attendant will look at you strangely.

psa #2: don’t bring glass water bottles. you will either have to throw it away or walk back to your car/hotel to put it back. you don’t want your pedometer to hit 2 miles (true story, though this mileage was also because my friend had to walk to get her car, forgot her keys at her apartment, and then had to walk back) before you even enter the park.

anyways, they had a pretty solid amount of offerings for the lunar new year festival. there were decorations and the very appropriate red/gold color scheme was everywhere. there were acrobats and a mulan parade (fun fact: i was going to perform in this parade last year, but it didn’t end up happening) and other entertainment, though we were busy doing other things to see everything. there were stations to make paper wishes, and to get complimentary face paint. mulan and mushu were available for meet and greets, which is great considering how hard it is to find them on a normal basis (i’ve seen mulan once and mushu never besides this/the mickey’s magical map show). the major reason for this trip was hurry home, a special lunar new year intro for world of color. it was kind of meh (they used “reflection,” but neither the christina aguilera nor the lea salonga version. what the heck disney?!), but luckily everything else still made it a fun day.

there were food stalls from china, vietnam and korea, and i appreciated their non-americanized (at least sounding; i didn’t actually taste them) offerings, including lo bak go and yaksik. it was extremely overpriced though, especially when you consider all the amazing and cheap asian food around the oc. the only thing my friend and i tried from these stalls was the sweet potato macaron ($5ish, but easily the size of 2-3 normal macarons), with purple japanese sweet potato filling, blueberry jam and a tangy cheesecake layer. unexpected but well-balanced in terms of sweetness and flavor, and the macaron shell was the perfect amount of chewy. would you like to stay forever? 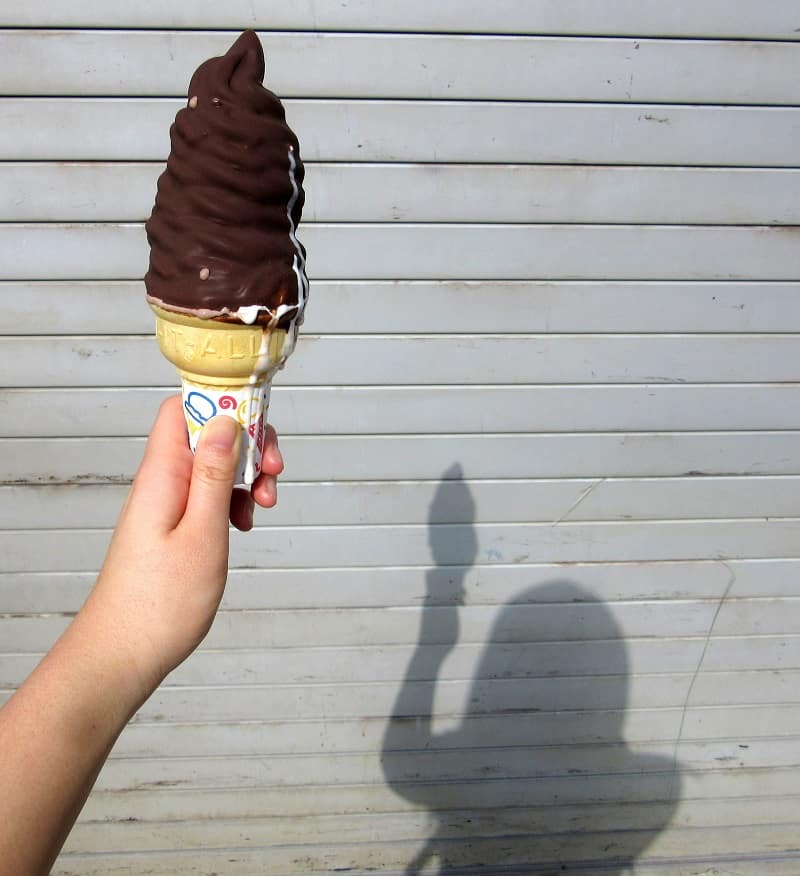 cozy cone ice cream: vanilla, chocolate or twist soft serve, with the option of getting dipped in a chocolate shell. i debated getting an apple slushy (for serenity, of course), but ice cream always wins. super creamy ice cream, and the chocolate was on the darker side, which was so nice. (do you see that statue of liberty??). also time for psa #3: if you don’t care about getting your soft serve chocolate dipped, go to paradise pier ice cream co. in between ariel’s grotto/cove bar and california screamin’ instead. portion sizes are bigger at ppicc than at cozy cone for the same price. 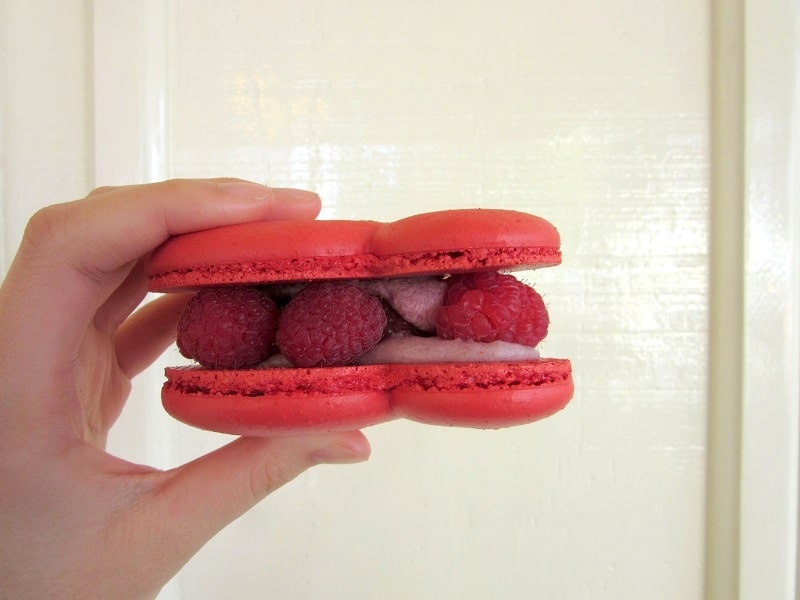 raspberry rose macaron from the jolly holiday bakery in disneyland. i’ve had this one before, but it tasted downright soapy. this time however, the raspberry defeated the rose this time, and i was blissed out on macarons.

lobster nachos. these nachos weren’t worth fighting for, given the 45 minute wait for a table and $16 ($20 with tax and tip) price tag. the chips were crispy, the pico fresh, the sauce and cheese creamy, but it felt like a game of where’s the lobster. and even when we did find the lobster, it was disappointingly fishy. i’ve heard you can sub in steak or chicken for the lobster, but that doesn’t sound special enough to wait for 45 minutes either.

there were also celeb citings involved. not quite like james franco (that’s who my old roommate met outside of the tiki room once), but more like steven lim and mike bow (cody/the best friend in this short). my friend spotted them (i’m a very oblivious person when it comes to these sorts of things) and fangirling + awkward pictures may or may not have commenced.

if you’re really bored: how many mulan references were there in this post? leave your guess in the comments! 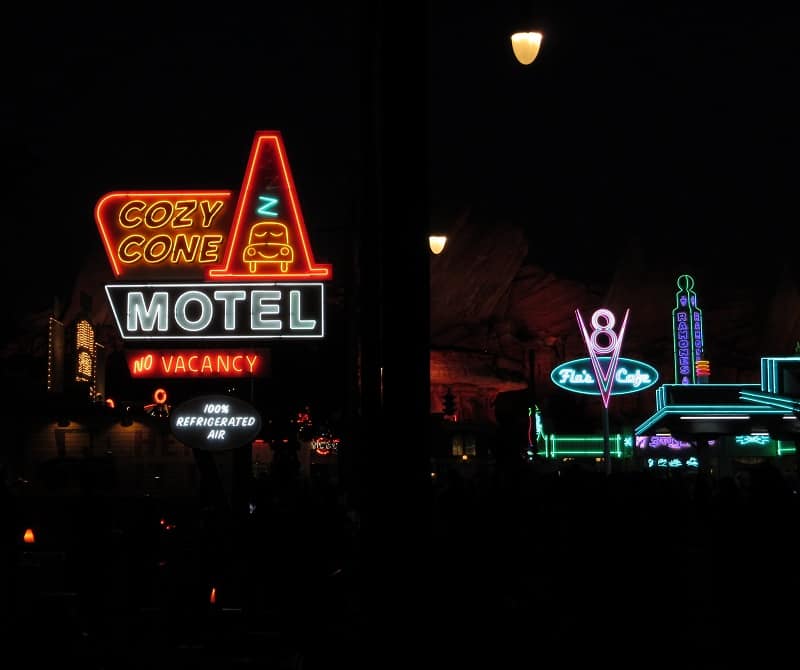