i’ve become that person who talks about the weather on her blog now. since moving back to a place where there’s seasons (no snow but a coolness floating around in the air that you don't get in hot/hotter/unbearable southern california), it has become more noticeable. i’m more willing to treat october like it’s fall, since there’s crispy leaves and the sun sets before 6:30pm. it makes me more ready for things like chamomile tea lattes and cozy blankets and thick sweaters. andddd these pumpkin banana cupcakes with cream cheese frosting, which are joining this year’s #virtualpumpkinparty!

these cupcakes are part of this year's virtual pumpkin party hosted by cake over steak! make sure to click through to see all the other gourd-geous treats.

after you make these cupcakes, keep the fall pumpkin vibes going with an apple, spiced pumpkin and frangipane galette and/or these waffles with spiced pumpkin butter and brown sugar walnut crumble! 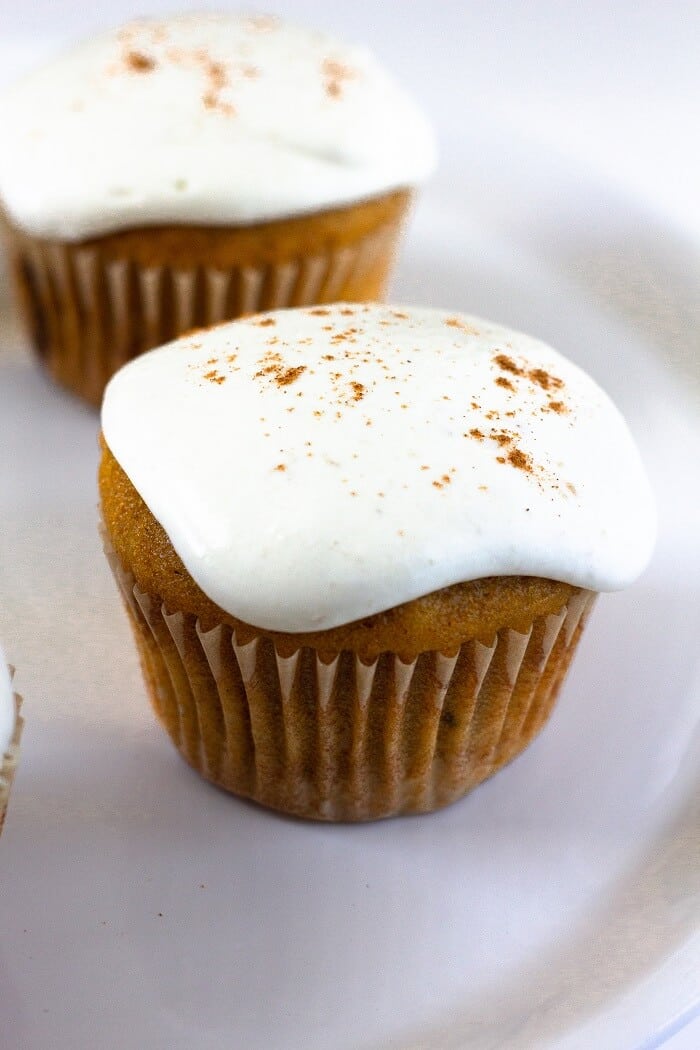 Use an electric mixer if you can- it's hard to hand mix the batter evenly. 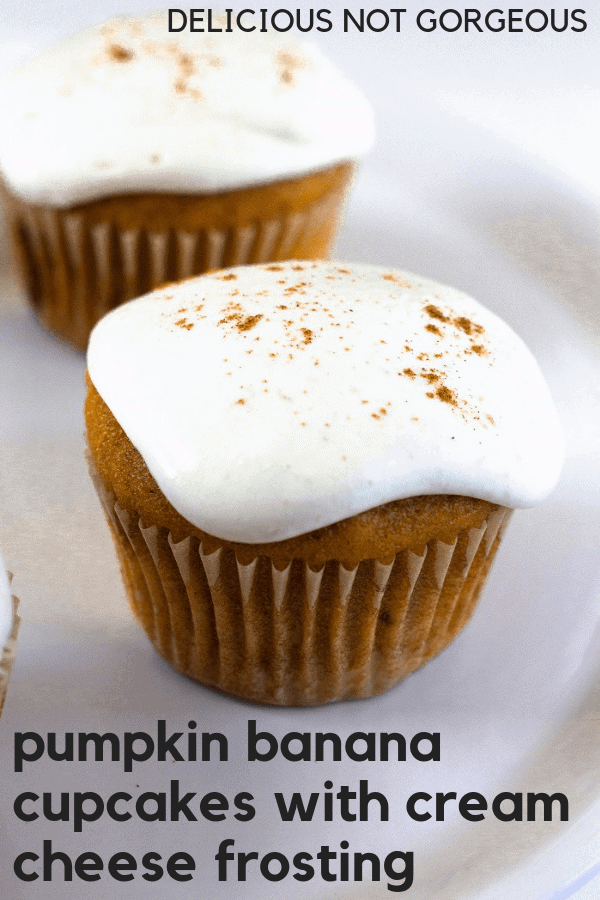