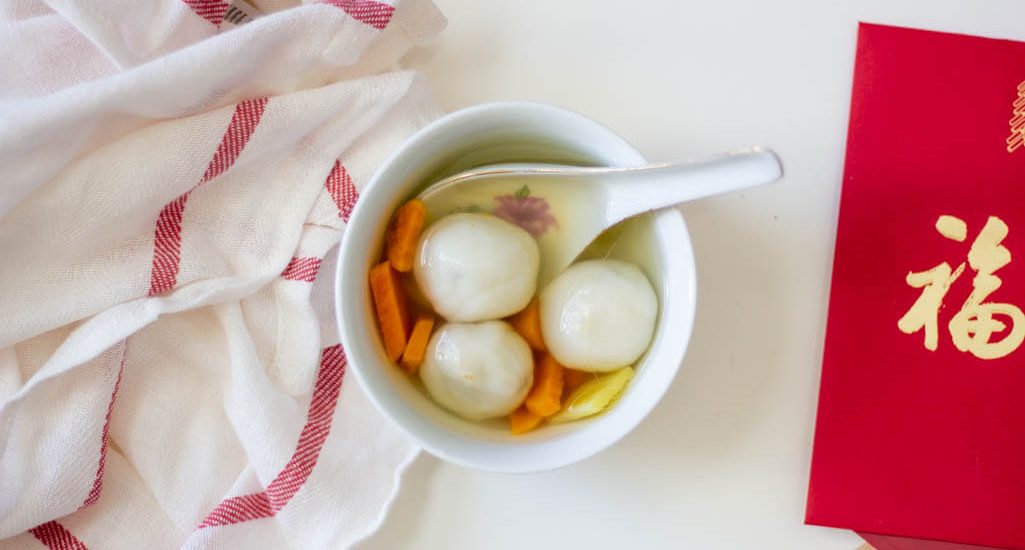 How to Make Tāng Yuán

There’s two parts to these tāng yuán (in Mandarin; in Cantonese, they’re tōng yuen): the chewy wrapper, and the filling.

The dough to make the wrapper is really simple: you mix glutinous rice flour with water, and knead until smooth. That’s it! It’s pretty dry, especially compared to the liquid-y wu táu gōu (taro cake), nin gōu (steamed rice cake) or custard mochi batters that I’m more accustomed to, even though they all use glutinous rice flour.

The filling is the harder part, and one of the reasons why I ended up with plain rice balls when I made them earlier this year to put into hong dau tōng (sweet red bean soup). The majority of tāng yuán I’ve had in my life have a melty, creamy interior, and they are delicious, but the filling tends to refuse to cooperate when you try to wrestle it into the dough. It squishes out everywhere, leading them to explode when you cook them. Not what we’re going for.

So, when I convinced my grandma to show me how to make tāng yuán, she brought over ingredients for this filling, with crushed peanuts, shredded coconut and sesame seeds. This filling is faster to make, and you can re-shape the rice balls pretty aggressively without the filling throwing a fit.

How do you keep tāng yuán overnight?

Anything with glutinous rice flour is kind of a crapshoot if you want to eat the cooked leftovers. You can heat up the tāng yuán in the soup until the exterior of the tāng yuán softens, even though it’s not quite the same and sometimes has the texture of really old cooked rice that you didn’t heat up properly.

My recommended method is to assemble all the tāng yuán, and freeze any that you do not cook on the day that you wrap them. They cook quickly, so I think it’s worthwhile to boil them fresh rather than cooking them all at once and trying to salvage them over a few days.

How do you eat it?

Tāng yuán are typically served in hot soup. There are so many kinds of soup I’m not even sure where to start. I’ve seen savory ones in chicken and mushroom broth, with a clear lightness similar to this one. I like flavoring my soup with a little brown sugar, sweet potato and ginger, though my friends in college would add a little sugar and call it a day.

The exterior is chewy and bouncy, similar to ham séui gok, or mochi.

My favorite tāng yuán (from the grocery store and at restaurants/dessert cafes) are filled with black sesame paste mixed with sugar and butter, and it’s like lava (visually and temperature-wise) when you bite into one. They can also be filled with sweet red bean paste, peanut butter or savory options. Because this iteration is stuffed with peanuts, coconut and sesame, the filling is a little crunchy and crispy, which is a fun surprise for anyone who isn’t used to this version.

The soup is very lightly flavored, with only a little ginger to go along with the gentle sweetness from the brown sugar and sweet potato. I personally like using a very simple soup to make sure the tāng yuán shines.

TL;DR: they’re delicious. When I was with my family during the Lunar New Year in February 2020, I easily ate more tāng yuán than anyone else, and it was so good that I made at least two other batches that same week. 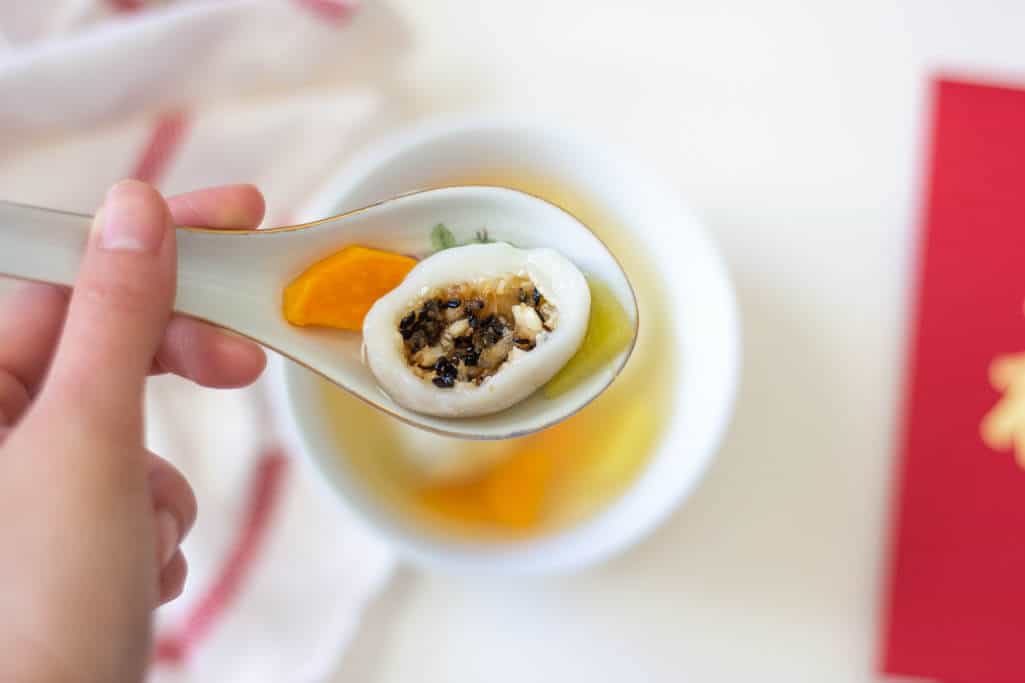