it’s been 3ish years since i started this thing. wau. it started out as a free journal for myself on blogger. i’d started making bits and notes about recipes i tried, and figured that it would take very little effort to transfer the text from google docs to blogger. i told no one i was doing this; it was casual, a what-the-heck-let’s-go-for-it project. i started devoting more time to it during my freshman year of college, when i was bored and restless and stayed in my dorm way too much. at the end of that year, i eventually began to tell people about it. and now, at the 3 year mark, i’m finally unveiling my new site (getting this site up was a pain in the butt, but that’s another story for later). bye blogger, i won’t miss you.

this coming year of blogging, i want to focus on not comparing myself to others. my stats are fairly low considering that i’ve been at this for 3 years, but my 3 years isn’t equal to someone else’s. i was intentionally low-key about it and didn’t think about seo/social media/pictures/etc for a while because i wanted to keep it a secret (plus, the blog was literally copy and paste from gdocs, nothing more), and my most recent quarter of school was spent (trying) to focus on my studies instead of bloggy things. i didn’t give dng all the tlc in the world. that’s fine with me, but i’m still working on remembering that you get what you put in, and remembering that for me, there are other things more important than blogging (ie sleep, procrastinating, lots of eating out, etc). here’s to happiness and being my best baker/procrastinator/introvert/self instead of trying to be the best blogger.

enough reflection, let’s get to the food. i brought thai tea vietnamese coffee cake to the party. over this past winter break, i had a drink that blended jasmine tea and vietnamese coffee together, and was starstrukk. even though i found out that tea and coffee combined isn’t anything new (see: yuanyang). 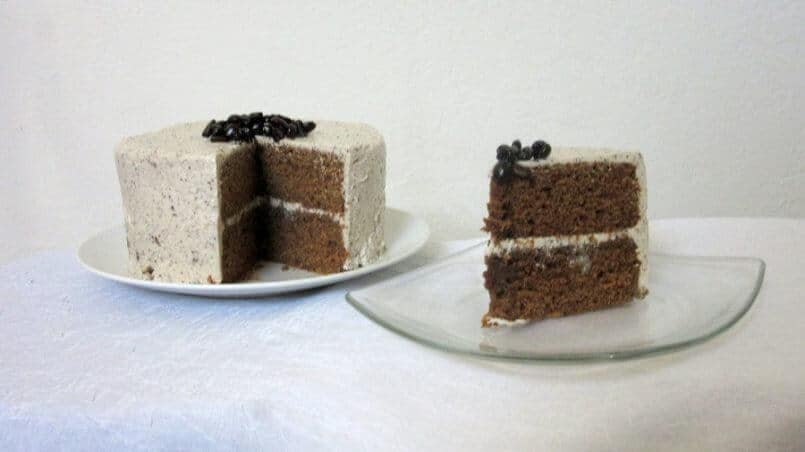 the cake is a big punchy coffee number. a bit of sweetened condensed milk gets spread onto it, keeping it moist for dayssss (if you can keep your hands to yourself and off of the cake for that long, then you're too cool for this cake) and driving home that vietnamese coffee, and not just any old coffee, flavor. the buttercream adds a hint more sweetness and a certain je ne sais quoi with the cloves and star anise. with all that going on, it's hard to imagine that you would need more for a thai tea and vietnamese coffee cake. but if you sprinkle on a couple of roasted coffee beans and drizzle with more liquid gold (read: sweetened condensed milk), it's unbelievable. the coffee beans are intensely flavorful ofc, but they also add a crunchy note that goes so nicely with the soft/creamy textures. and more sweetened condensed milk never hurt anybody. 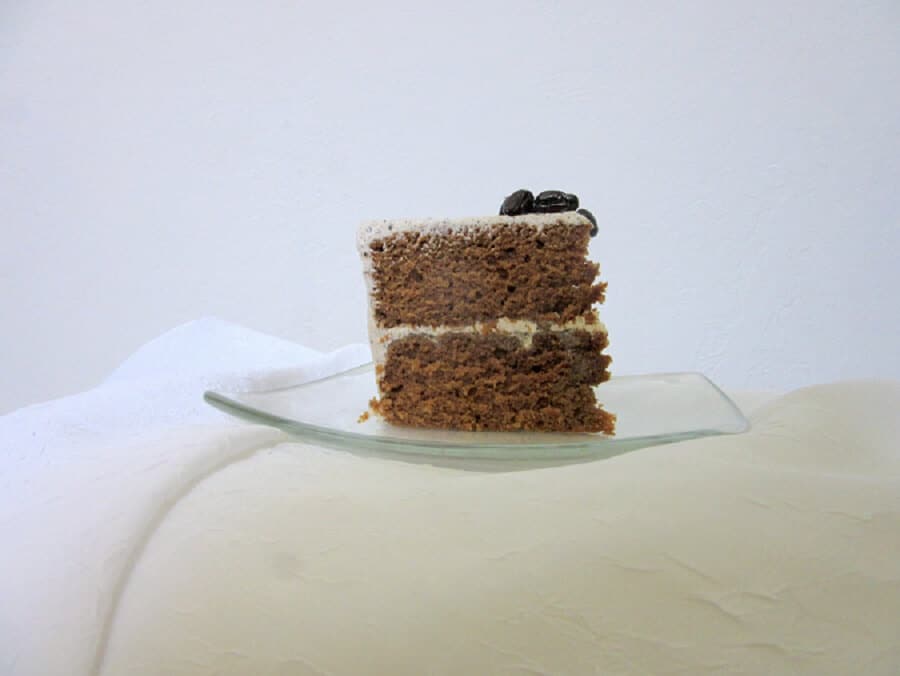 You can double everything: just bake the cakes in three 8” round cake pans. Or if you are the kind of person who goes starry-eyed over the sound of frosting shots, then make double the amount buttercream I used (double the buttercream, keep the cake the same). 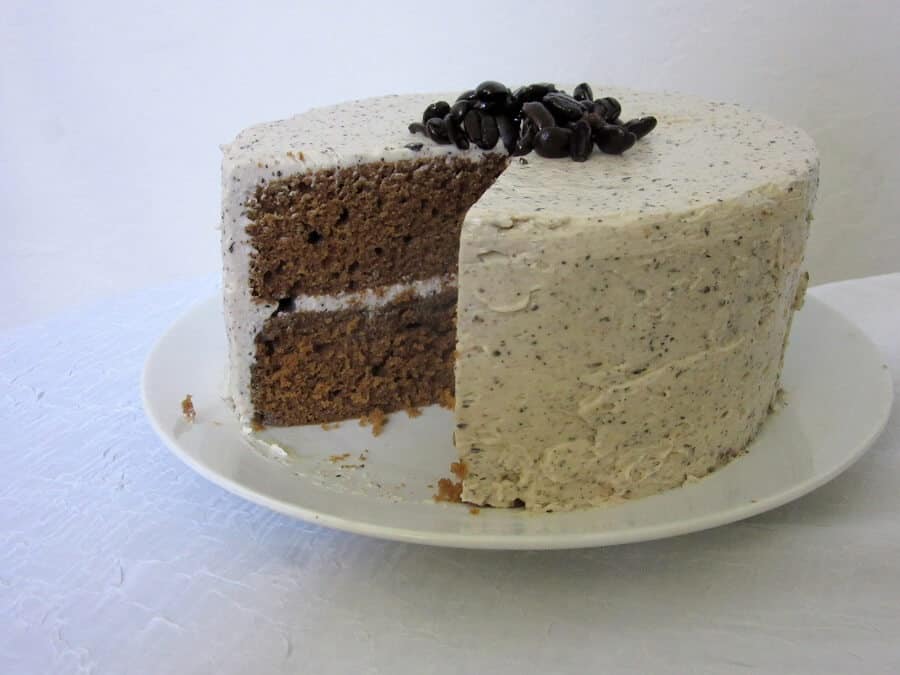