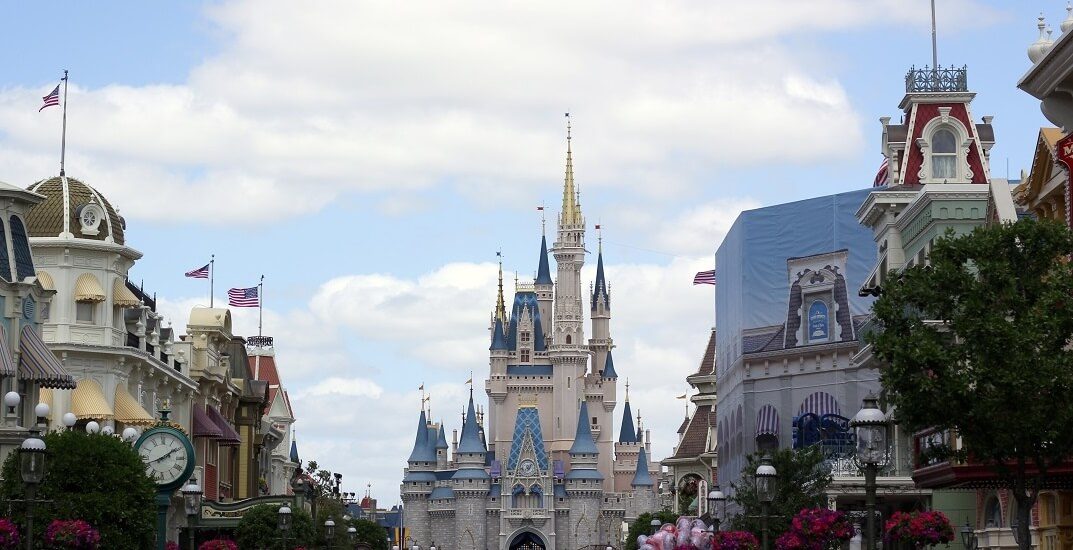 two friends and i did florida for spring break. still not the typical beachy vacation, but a heck of a lot warmer and boozier than my portland spring break than last year lol. we ended up at walt disney world for a few days and had a blast eating and drinking. want a recap? well, you’re getting one anyways. i’ve been slowing down on trip recaps (otherwise you’d get ones for big bear and vegas and phoenix and davis) on the blog, but you can still catch the pics on my instagram + instagram stories!

we took a red-eye, bc that college budget. frontier + red eye was the cheapest way to get there but would not recommend, even if your superpower is conking out whenever, wherever. 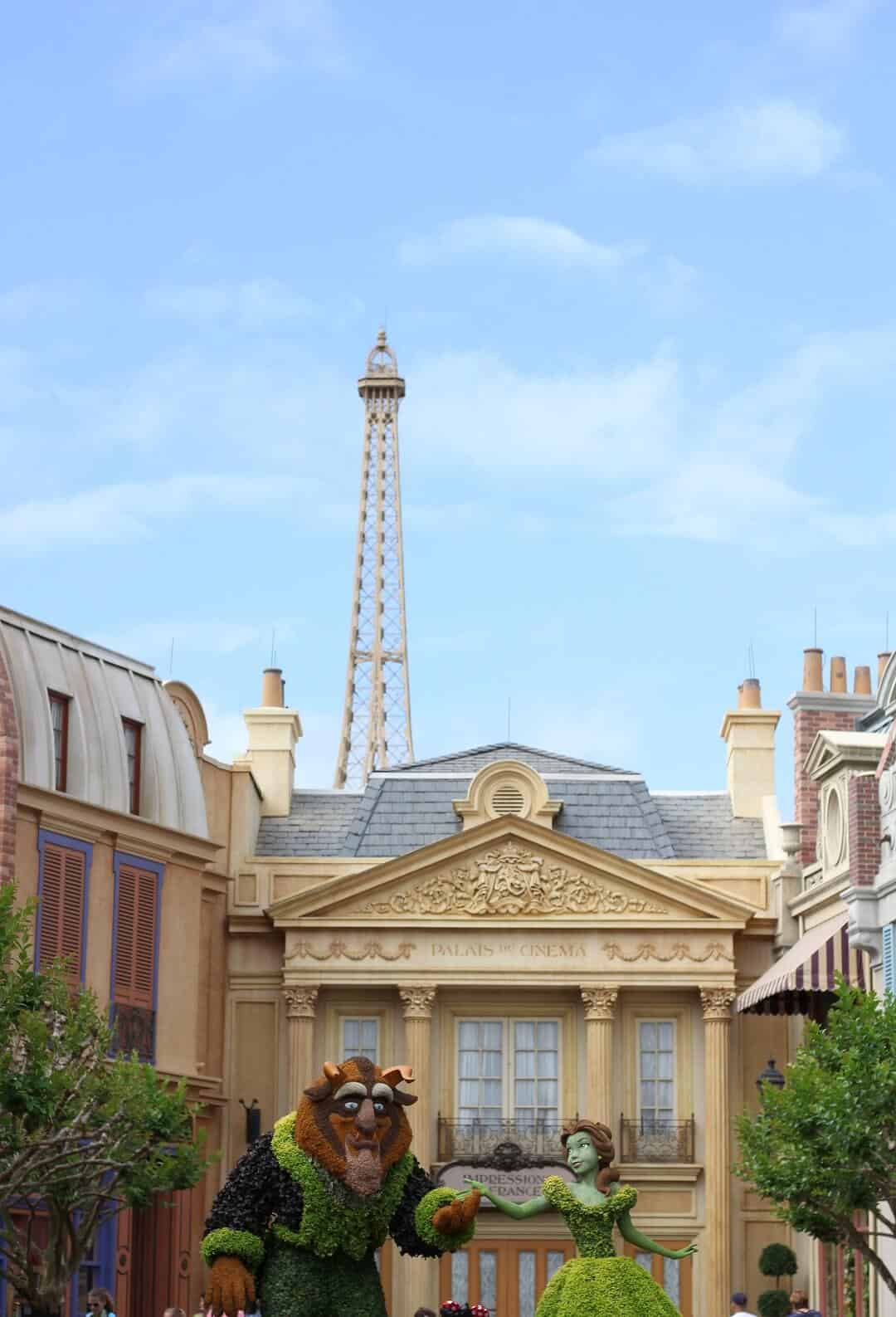 our first day in walt disney world was spent at epcot, eating and drinking all the things. it doesn’t really have the disney magic since most of the park is dedicated to the world showcase (which is food, drink and merch oriented), and it’s not as character/ride oriented as the other disney parks. it’s not really a kids park for that reason, but we still had an amazing time, since we love food + architecture + foliage (there were a lot of cool topiaries like the above beauty and the beast set within the france pavilion bc we were there during their international flower and garden festival). all of the pavilions are all beautiful and fun to explore, but i could have stuck around morocco’s nooks and crannies the whole day. 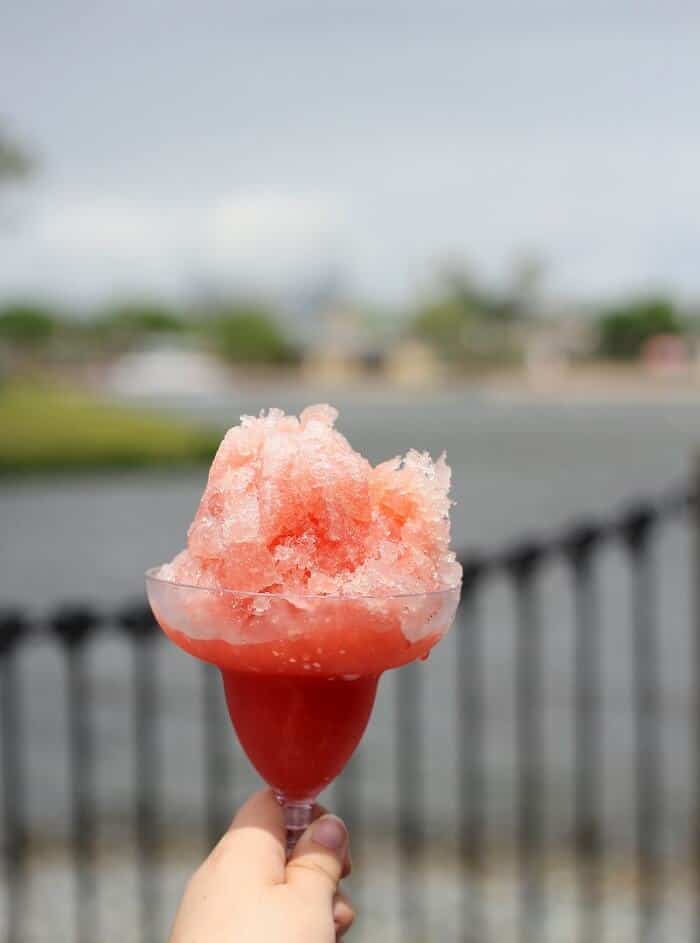 nothing we had at epcot (including a croque monsieur, poutine, sake slush, margarita, pineapple hot dog, roasted cauliflower and brioche filled with caramelized apple, cinnamon and streusel ice cream) was a big wow, though i did like the trio of margs. not a huge alcohol person, but i liked the balance of sweet + alc in this drink, especially because the one other margarita i had tried previously (from aqui) was so strong that i refuse to take more than a sip.

illuminations: yessss. night shows at disney are some of my favorite live entertainment pieces ever, and this one is no exception. again, don’t expect much “disney” in this show, but it’s still super cool w the projections and fire and fireworks. you can stand near the tables instead of right at the water front, but wouldn’t suggest if you’re short (my 5′ 7″ height is v handy in situations like this) / have kids. 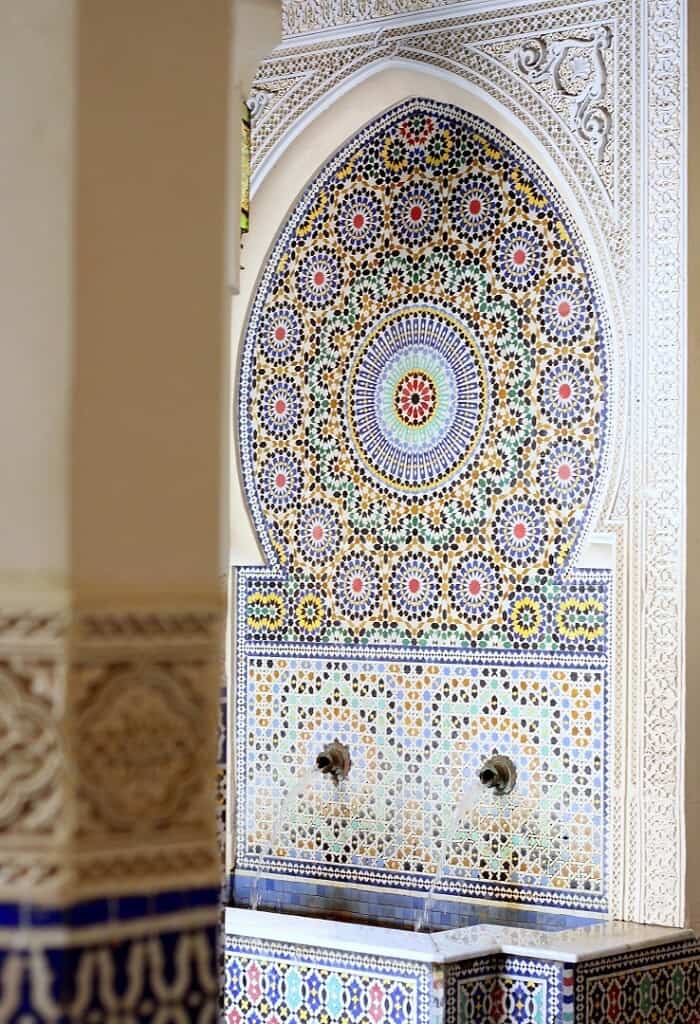 rides-wise, i’d bee-line for test track. it’s perfect if you’re into medium roller coasters (think california screamin). would not recommend any of the slow, dark rides (looking at you, spaceshirt earth) if you’re running off of four hours of sleep and have been in the sun all day and actually want to stay awake for the ride.

food mvp of the day was bahama breeze. technically not in the disney parks, this place is my new favorite chain restaurant. we got a late dinner of nachos and bahamaritas, and it was so good. the nachos were massive and piled with toppings (including my new faves, pickled jalapenos), and the bahamarita was another fruity but still slightly alcoholic drink that was delicious.

in a nutshell: disneyland and mk (read: magic kingdom) are very very similar. mk feels a bit bigger and has some minor aesthetic changes, but bc i am a california girl through and through, disneyland >>>.

highlight of the day? happily ever after, their fireworks + castle projection show. if you want to see all your fave characters (including moana and mulan), this is for you. 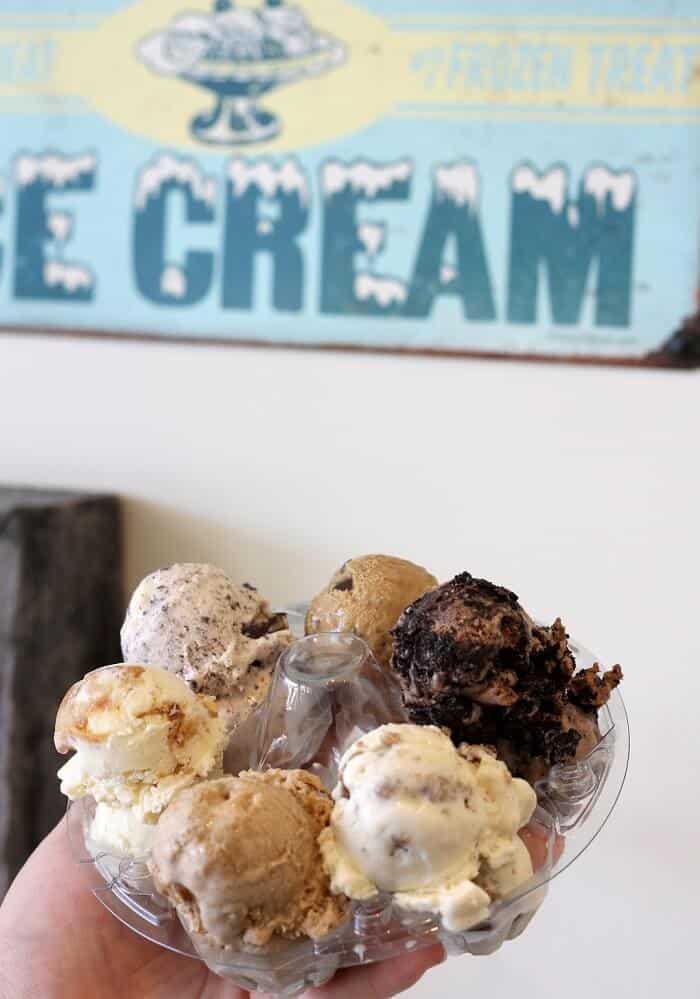 i was nervous that ample hills was gonna be over hyped (don’t tell anyone, but i don’t love salt and straw, bi-rite or jeni’s). but i was wrong. there were so many good flavors that we sampled that we ended up splitting the ice cream flight. coffee toffee coffee (think coffee + salted caramel) and peppermint pattie were my favorites, but nonna d’s oatmeal lace, baked/unbaked, ooey gooey butter cake and chocolate milk and cookies were by no means slouches either. super creamy, super flavorful, not too sweet. GOGOGO. i can’t even imagine how much more exciting one of their other locations (besides this one at walt disney world) would be, since i bet they have more flavors.

this pina colava (think a raspberry swirled pina colada) from hurricane hanna’s was beautiful, but way too sweet. 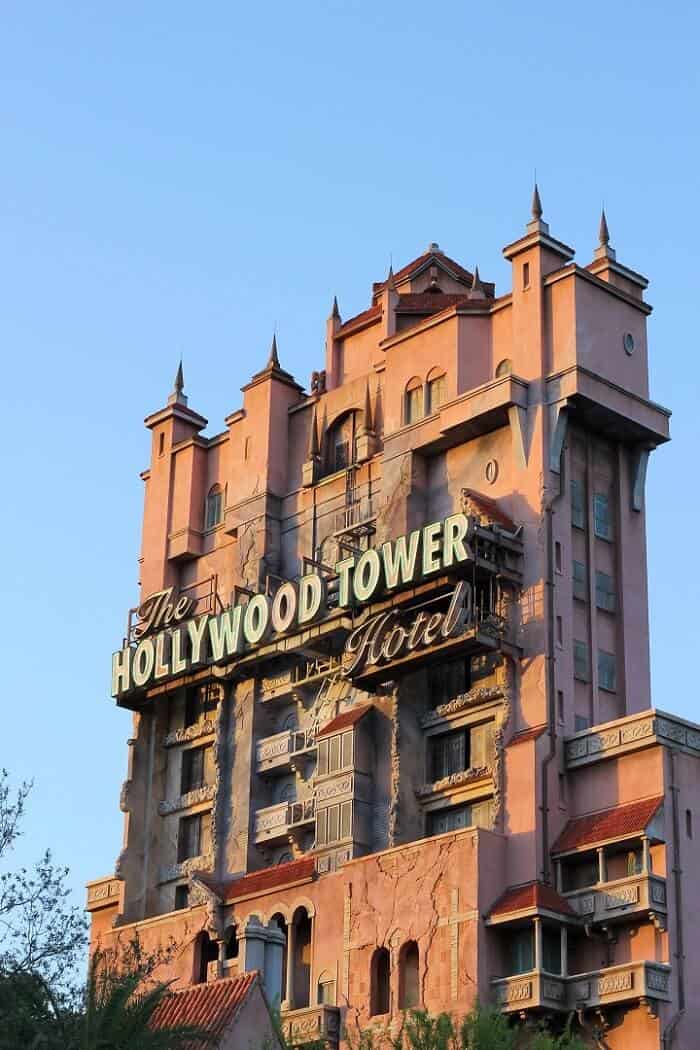 park time. my goodness, hollywood studios was such a throwaway. there’s not much to do in this park, and we were basically done with it in five (leisurely) hours. if you have the choice, go to animal kingdom/pandora (which we didn’t get to go to on this trip) instead.

the rock n roll coaster was super fun (think the darkness of space mountain + the intensity of california screamin). the tower of terror is something i dread so i didn’t like it. my friends were into it, though probably more for the pic of me clenching the handle bars and squeezing my eyes shut tight. can i say that the highlight of this park may or may not be the mango colada they serve on sunset blvd? it’s pretty fruity, but if you’re into mango juice and mango ice cream, this is it.

chilled at disney springs for the last day. there’s so much to see and eat, even if it’s not necessary as exciting as the actual parks in walt disney world. 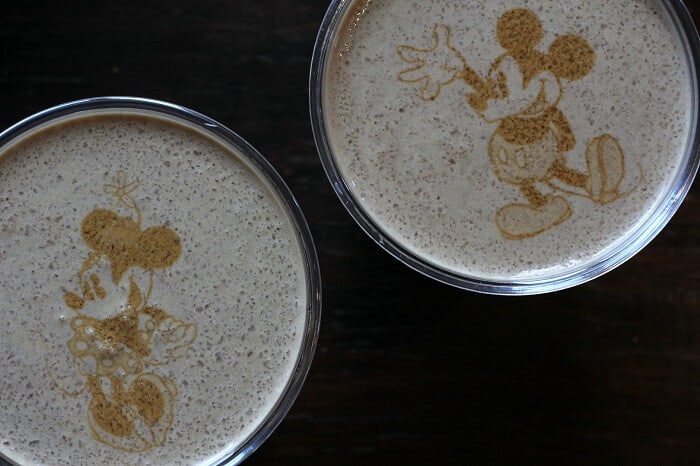 highkey got coffee because i wanted to get mickey and minnie printed on my coffee lol. you can get the art on hot or cold drinks, which i appreciated bc it was so hot out that i only wanted a cold drink. got the frozen cappuccino, which i would recommend if you need your coffee sweet, milky and creamy like me. 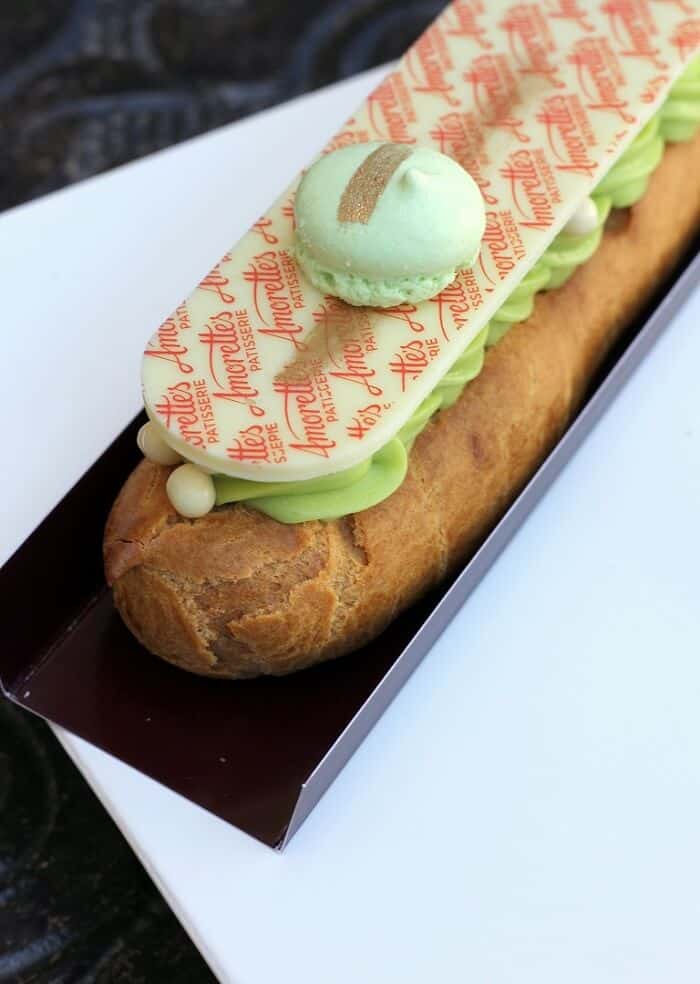 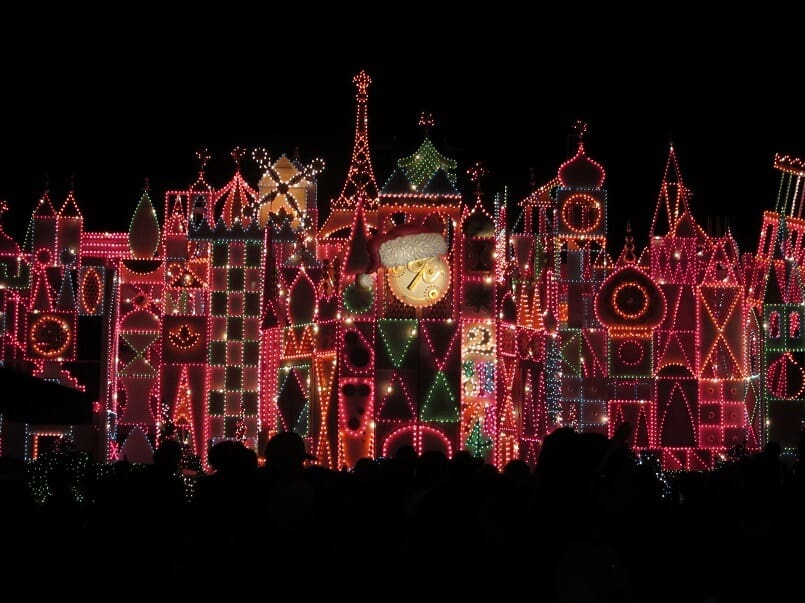 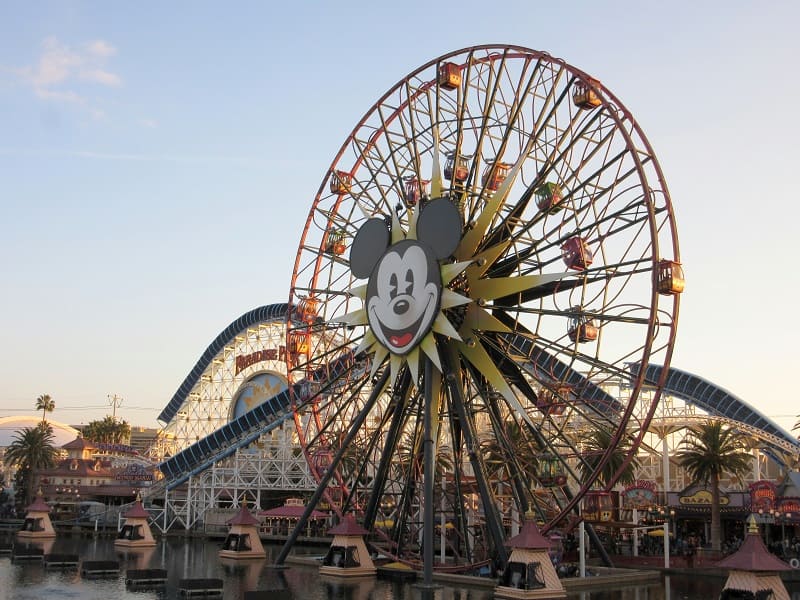 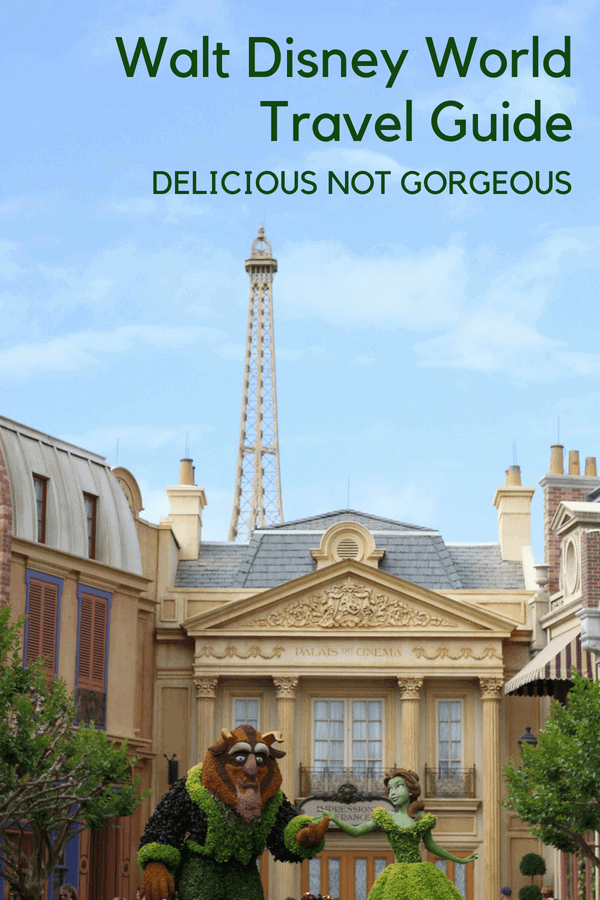 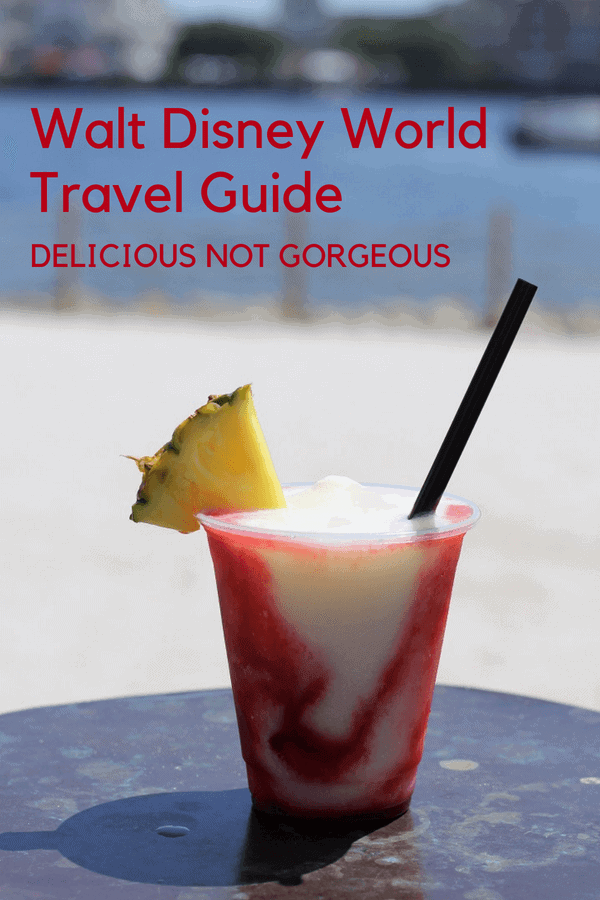 This site uses cookies to give you the best experience! If you continue to use DNG, you are agreeing to this.Got it!No thanks.