I made this apricot almond amaretto pound cake while back, for Valentine’s Day. I spent the night with my parents, brother, aunts and uncles. I may be a real romantic / party animal / lame person / etc, but at least I got some yummy berries and prime rib. Others would appreciate the meat more than I, but eh.

I made some modifications. I cut the sugar from 3 cups to 2 cups, used 15 T butter (didn’t quite have enough) and used whole milk Greek yogurt instead of sour cream. My almond paste was a touch dry and crusty on the outside but fine on the inside, as it had been lounging in the fridge for a while, whoops. I didn’t quite use ¼ cup amaretto; that seemed like a lot, especially because the batter smelled really boozy. I probably could have added more though because the batter didn’t taste that alcohol-y. 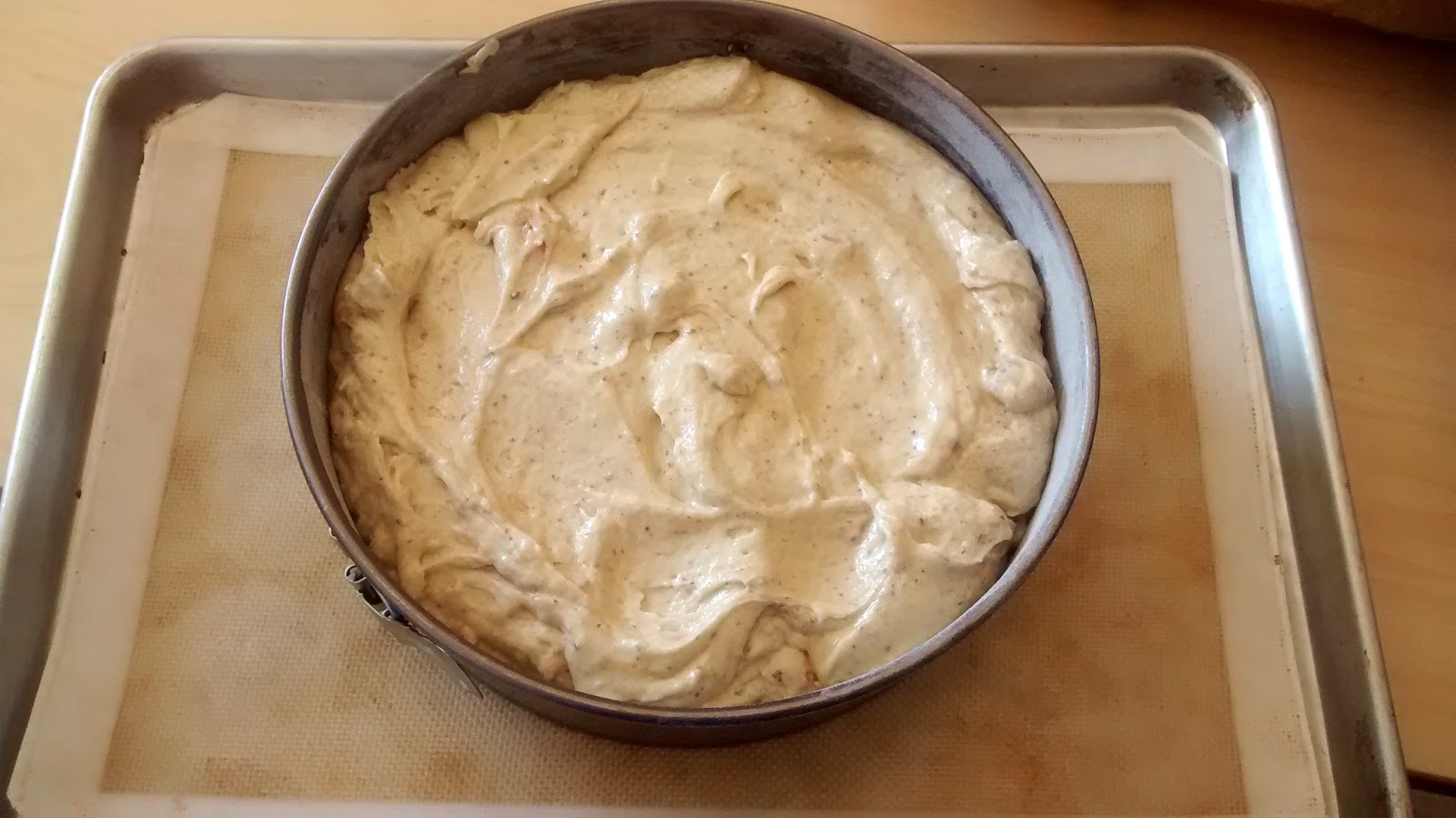 The batter was super fluffy- like a meringue or macaron batter. Make sure to scrape down the bowl a lot; there’s so much stuff that it needs to get well mixed. I used a 10” springform pan, which didn’t connect completely, so I baked it on a sheet pan to ensure against leakage.

I checked the cake at 60, 70, 80 and 90 minutes. It was super wobbly and the toothpick was wet for the longest time. I had to move the cake from the middle to lower rack because I was getting worried about how brown it was.

The apricot almond amaretto pound cake was kind of dense, but it had a nice springy crumb. I loved the bits of apricots and the almondy flavor, and Mom kept raving about how she loved the crunchy top. Stacey brought over a strawberry/cream/custard cake from Whole Foods, and while it was a bit rich on its own, it was quite fabulous with my cake. Mom thought sliced almonds on top would be nice, and I couldn’t get the idea of a lemon glaze out of my head. 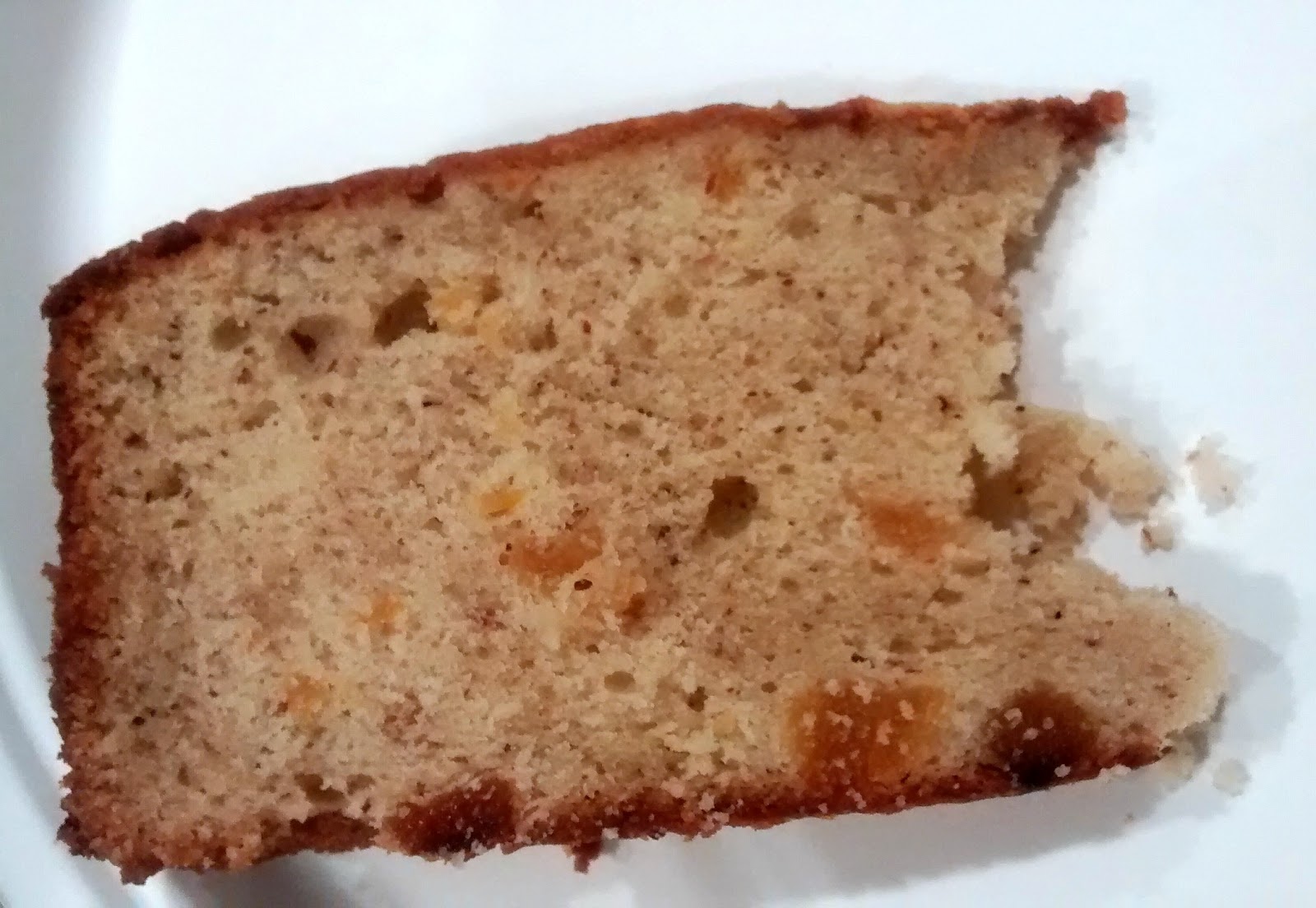 I felt like this apricot almond amaretto pound cake was a bit dry; this was probably because I overbaked it, because of the reduction in sugar, and because yogurt is significantly less fattening than sour cream. So take it out even if there seems to be a film of batter on the toothpick. But honestly, I thought the sweetness level was about perfect with the sugar that was in there, and there definitely does not need to have more fat (hello, 2 sticks of butter and 6 eggs). I want to try doing half yogurt, half sour cream next time, but I am not looking forward to having 1 ½ cups of leftover sour cream, so we’ll see. I think subbing some (maybe ⅓ cup) apricots soaked in the amaretto then pureed for some (¼ cup) butter would be 1) healthier and 2) more flavorful. (Note that my proposed changes have been reflected in the below recipe).