when i was in elementary school, my mom went on a detoxing low sugar, no nightshade diet at the recommendation of her acupuncturist. for the most part, the rest of us weren’t affected- we still had pizza and dried apricots and chinese fried eggplant and plenty of chocolate. what i do remember is the miso barley pilaf with mushrooms she used to make for breakfast, with carrots and shiitakes and onions and greens and sesame oil. she eventually stopped making it, because it was a lot easier to make a pot of barley or buckwheat and stir in a plop of yogurt and defrosted blueberries and be done with it. i wasn’t a fan of the grains/yogurt concoction, since the yogurt was too sour and the barley showcased all its imperfections, and much preferred the savory version. i think she’s made it once or twice in the past decade or so, and it was time for me to make this miso barley pilaf with mushrooms.

this barley pilaf with mushrooms has a bunch of grains, but also tons of veggies. i love the sweetness of these fork-tender carrots, the bitter freshness of the arugula, the caramel-y onions, the salty chew of the sauteed shiitake mushrooms. the overall flavoring is super cozy to me, full of these foundational-to-me asian pantry items always on hand. things like miso, garlic, ginger, soy sauce and sesame oil that provide depth and are only a reach into my fridge away. they round out and season the whole shebang, making this bowl of food something i'd happily spoon up from now until march. 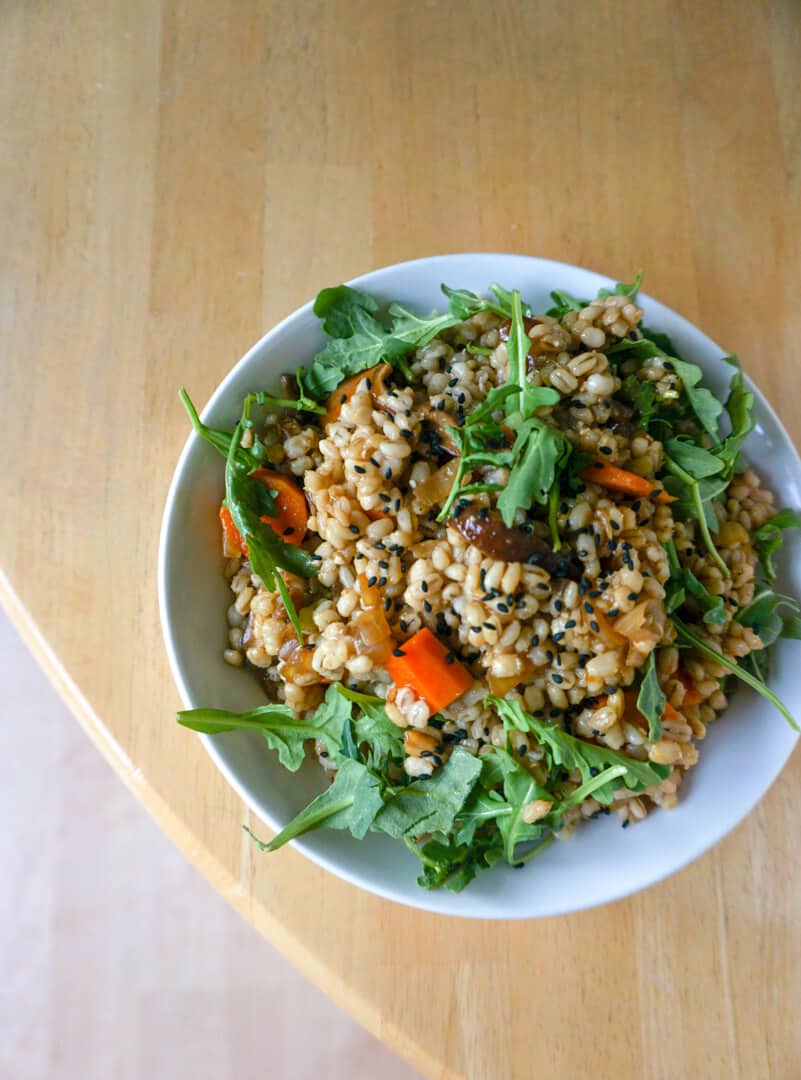 other tasty barley lunches besides this miso barley pilaf with mushrooms 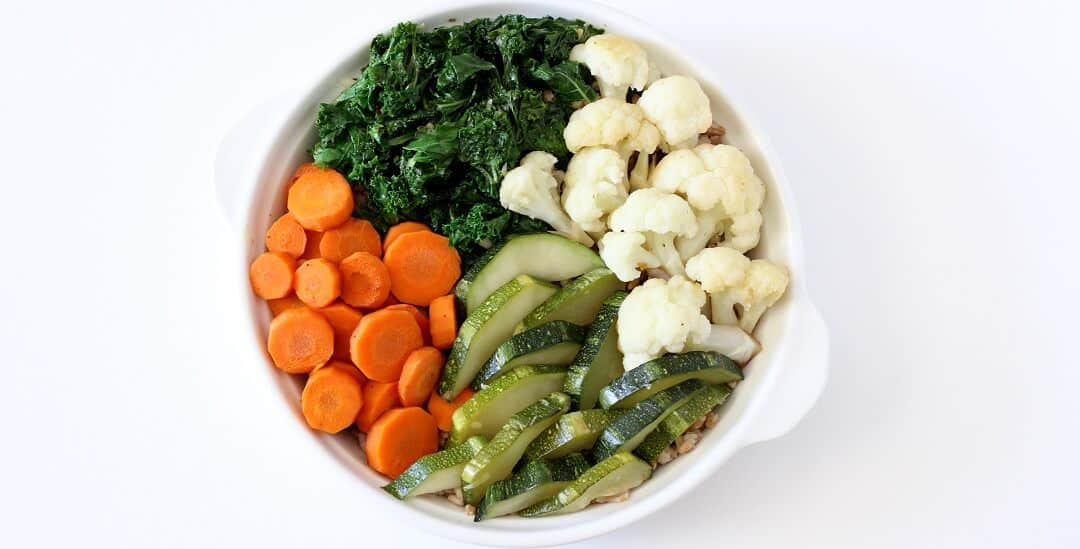 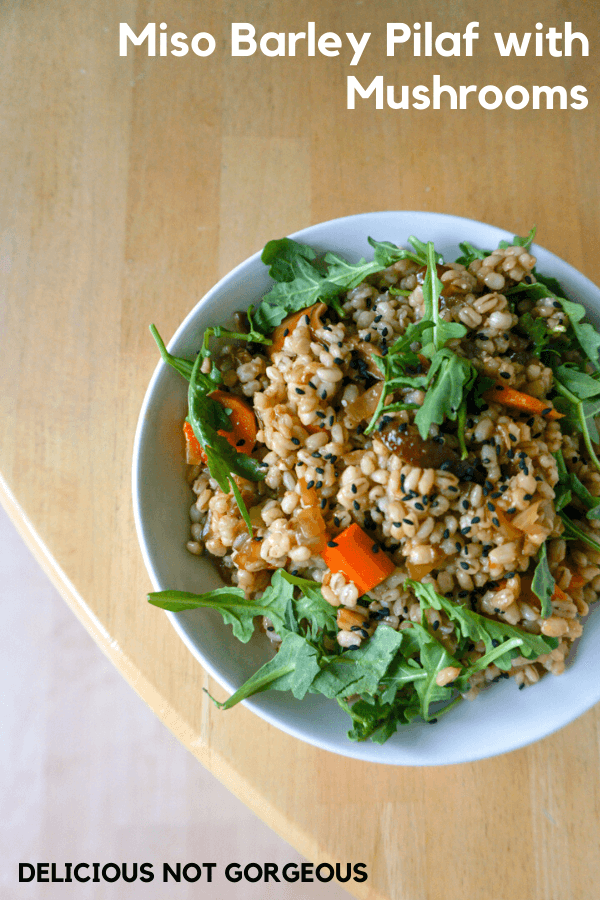