i started off wanting a fourth of july colored dessert, and was going to do a s’mores rendition. but somehow i ended up with haluhalo (also spelled as halo-halo), a filipino dessert that has nothing in common with s’mores besides the fact that they’re both sweet.

and really, this is not an authentic representation of haluhalo.

which brings me to cultural appropriation, which feels kind of heavy, and yet also pretty relevant, for the fourth of july. bon appetit received major flak for their version of haluhalo, which had gummy bears and popcorn. and while ruminating about haluhalo on a summery saturday night, i questioned what made people react so violently to their version of the recipe. was it because the gummy bears and popcorn sound like sacrilege? and if that's the case, where's the outrage for dale talde’s version, ft captn crunch, a decidedly trashy (+ delicious) and american product? maybe because the ba version originated from an author who, at least upon first glance, has no filipino ties? maybe talde’s version just didn’t make the rounds on the internet.

at the end of the day, i think it has a lot to do with intention. wong fu, asian american champion extraordinaire, touches on this topic, and they explore it in much more detail than i’m going to right now.

the gist is this: it’s not acceptable, but so long as you don’t go in with bad intentions, it’s easier to understand. i honestly don’t think bon appetit and co were trying to throw junk into a glass and BAM call it haluhalo. they have more integrity and responsibility than that.

but they also could have done a lot more to make their unwitting audience aware of traditional haluhalo (and filipino culture overall), as well as make obvious to their haluhalo-experienced readers that they know what they’re talking about. i like how this article breaks it down. 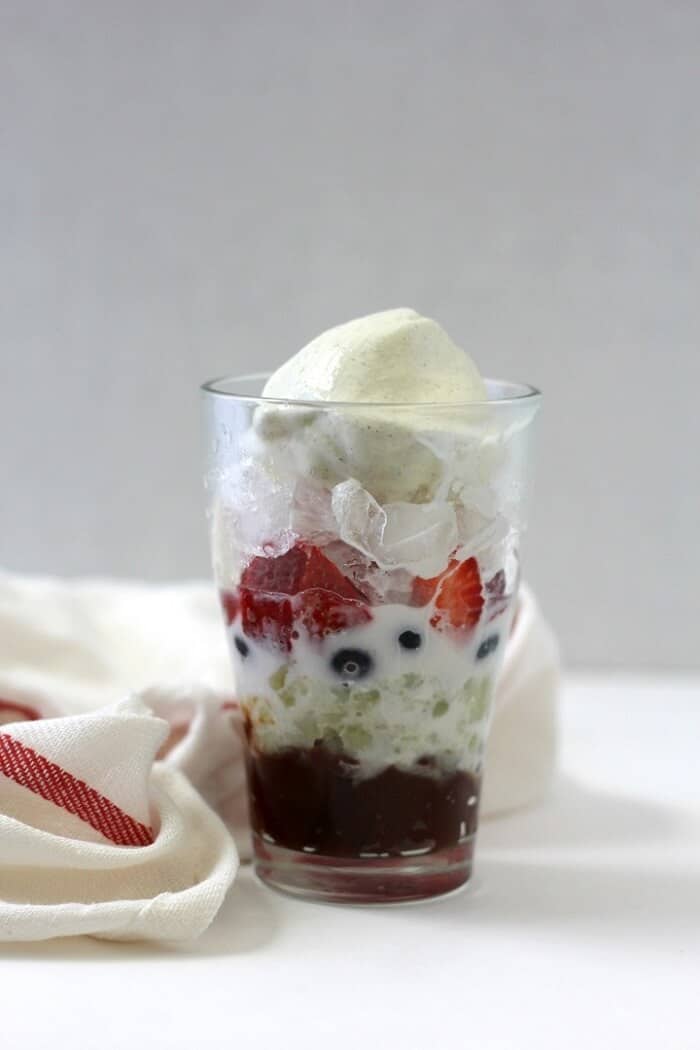 Ube ice cream is traditional, but I used vanilla here.