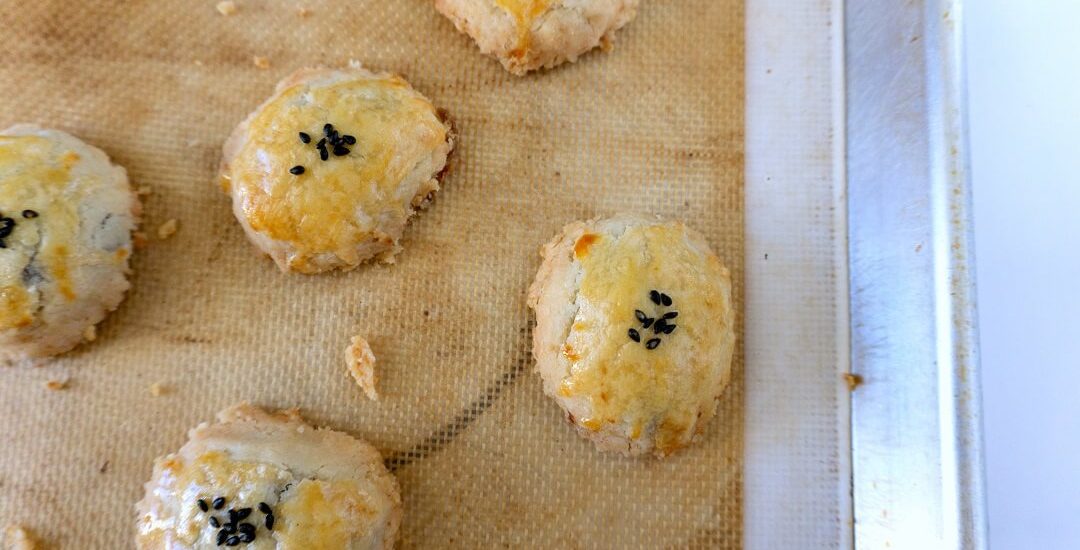 this post for yaki manju was originally posted in jan 2014! it’s been updated with some new pictures and new recipe copy.

yaki manju is one of those desserts that might be an acquired taste for some. it has beans, and yes, it’s a dessert. however, it’s still pretty tame, and i’d recommend it for anyone who wants to dip their toes into japanese desserts. i made it for my dad’s co-workers once, and they loved it (or so they said; they’re very nice ladies who happen to be moms, so i can’t say for certain if they actually liked them).

yaki manju is kind of like a japanese turnover. you have a flaky dough that’s not unlike pie crust on the outside. this manju uses a super delicate dough that shatters on contact and isn’t that great for long transports. at the bay area buddhist temples, they use a heartier dough that, while isn’t as tasty (in my opinion), holds up a lot better and is easier and faster to work with. tl;dr: this is a flaky manju, compared to the breadier, denser manju that’s out there.

the inside is filled with sweet red bean paste. there are two types that i’ve used before: tsubushian and koshian. tsubushian is a sweetened bean paste made from red beans (adzuki beans). it’s more of a coarse paste, so there’s bits of bean and skin present. koshian is a smoother paste that has the bean skins taken out. i like tsubushian, as i think it’s more interesting that koshian. you can use either. i know a number of japanese moms and obachans who make their own, but i’m lazy and buy mine from my local asian supermarket. i usually buy the type that is stored in a plastic bag that looks like this. (update: apparently there’s tsubuan and tsubushian, which you can read about here). 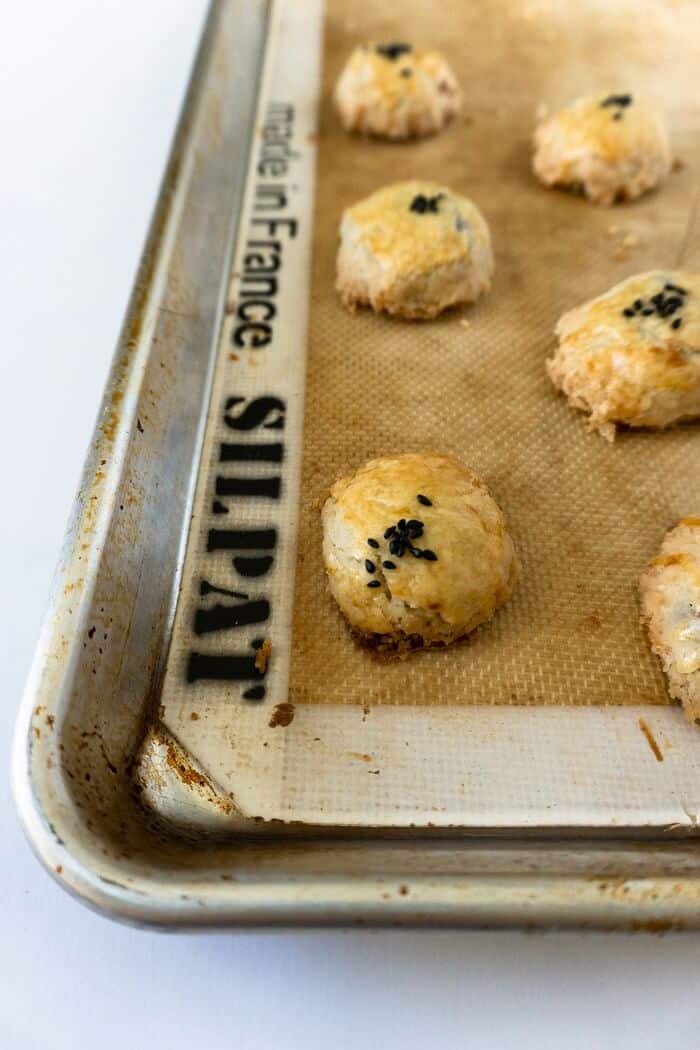 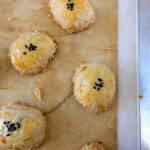 From my Aunty Lily.

Keep the dough as cold as you can! Using cold oil (I try to measure it out and put it in the fridge for 10-15 minutes before using) and refrigerating the dough once it’s mixed makes this dough firmer and easier to use when you’re trying to encase the red bean paste.

You can ignore the egg wash if you're keeping these vegan. 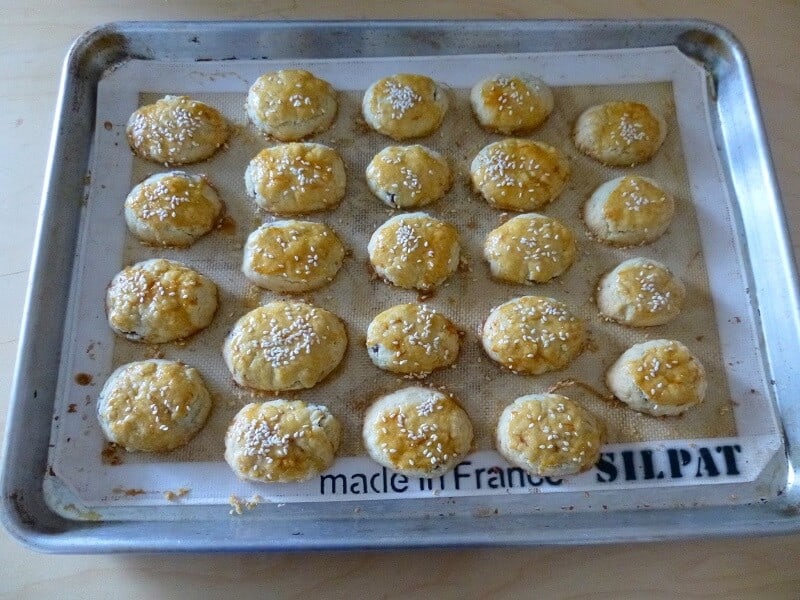 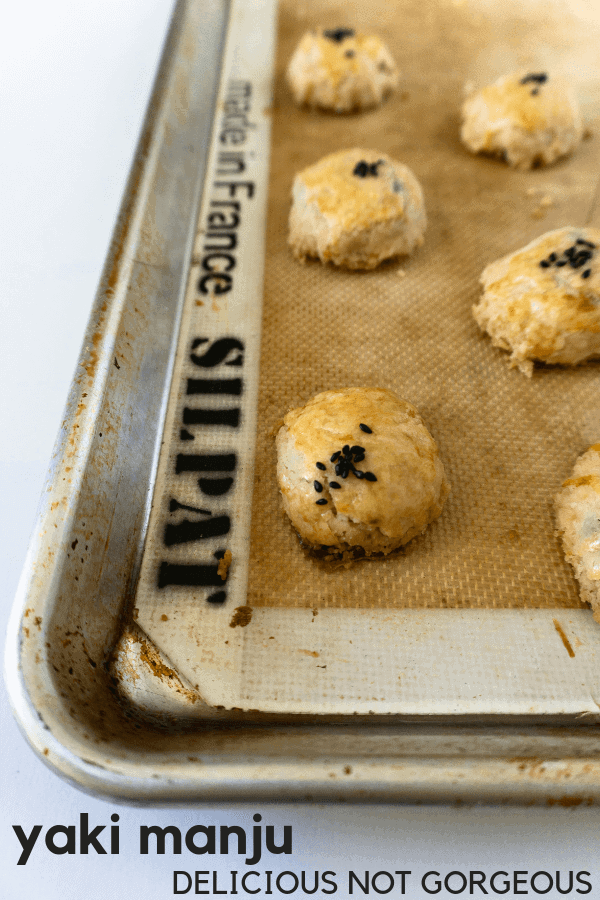