i spent a lot of time during my last year of college at one of my friend’s apartments. it was much closer to campus than my places were (i lived in 3 different houses over the course of 9 months hahah), and her free parking was a nice perk (gotta save that money for trips and food). she was a notorious homebody, but since she typically took lead on our painful computer science classes (dw, i did more legwork on our business classes), we'd work on her couch instead of on campus/elsewhere. did i mention that she used to feed me cookies and masala chai all the time?

purely coincidental that her birthday was last week, though it makes it feel like the right time to post this chai tea latte cake.

chai = tea. plain tea. however, masala chai is the spiced tea that americans seem to call chai, and that’s what we’re dealing with here. i’ve made a spiced cake with tea, and paired it with kahlua buttercream. i can assure you that we did not have kahlua in our chai ever, but i got in the questionable habit of spiking oreo mcflurries with kahlua that fall, and in the spirit of making a cake with the tastes from that time, thought that a chai tea latte cake with kahlua buttercream would be fantastic. (side note - if you're more in the mood for cream cheese frosting, these masala chai carrot cupcakes might be your speed!)

the cake (essentially this version from pastry affair, though i added spices to make it a masala chai cake vs a black tea cake) is on the denser side, which is typical of cakes i post here. i love chinese baked goods except in the cake arena, as i always prefer western style cakes instead of the too light, it's more air than cake style of cake that asians make. there's plenty of tea flavor without it ever veering into bitter territory, with a hint of spice. the tea leaves add a bit of texture; promise that it's not too strange, especially since they're softened! and if you don't want to listen, then you're fine steeping the tea for a little longer before straining out the leaves. the buttercream is all silky smooth with a touch of kahlua, perfect with all that spice and tea flavored cake. 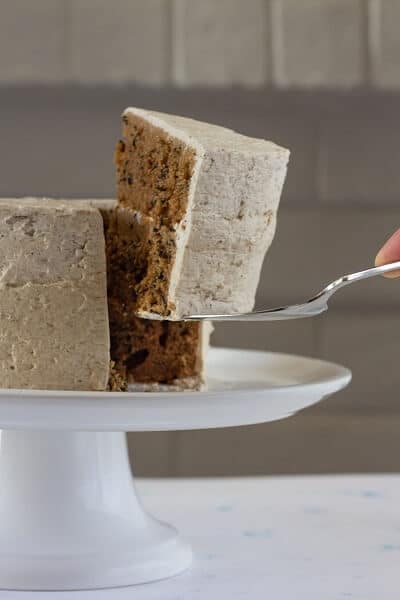 Use a strong black tea here (think Assam or English breakfast tea). If you're a little weary of the tea leaves: they're pretty tame, I promise. They add some chew but that's all. If you really don't want tea leaves in your cake, steap the tea in the milk for 30 minutes, then discard the tea leaves.

The Kahlua is pretty subtle here; if you want it more prominent/boozy, feel free to poke the cake all over with a toothpick, and drizzle 1-2 T Kahlua over each cake layer before you layer and frost the cake.

There's a pretty minimal amount of frosting here; feel free to make 1.5 (or even 2) times the amount here if you want a higher frosting to cake ratio. 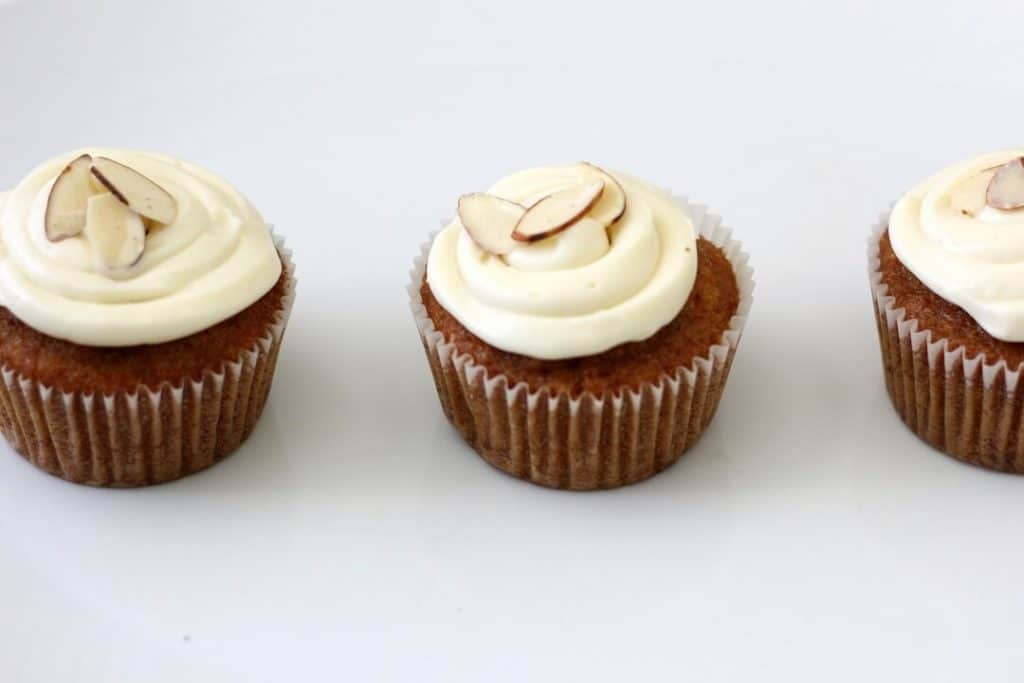 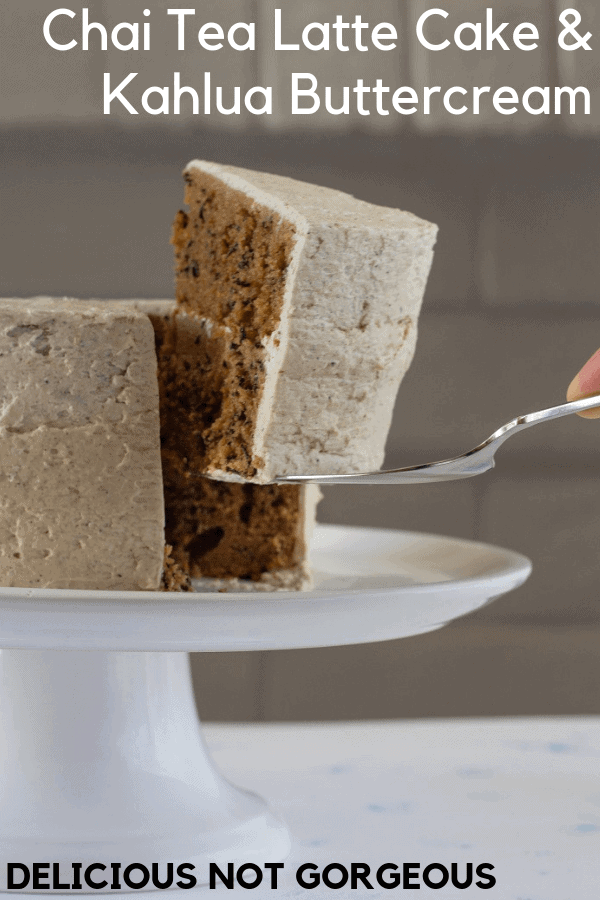