this recipe for sakamoto namul, or marinated bean sprouts, was first published in march 2014. everything else (the pics + my words) has been updated (as of june 2018!).

imagine a huge vat of bean sprouts lounging in a potent marinade chockful of garlic and soy and sugar. it’s unassuming amongst its somewhat more elaborate neighbors, tsukemono and inari (cute alert for these ones), but still lures you in. and that’s how i ended up eating three large portions of marinated bean sprouts at a new year's day party, even with all the other japanese yummies (spam musubi! surrounding me.

my mom asked her sister for the recipe, and said sister got it from one of her husband's aunts, though i'm not sure of how that aunt ended up with the recipe. there's a slight contradiction in the name sakamoto namul; sakamoto is a japanese last name, but namul is a korean word for a certain kind of fern/vegetable. from my mild research, the recipe came from arnold sakamoto, who owned/owns a small business (restaurant? grocery store? catering? who knows) in hawaii. the hawaiian context makes a lot of sense to me, since hawaii is such a melting pot, and japanese and korean cuisines influence the food so much.

sakamoto namul is a great side dish for kimbap or this take on mul naengmyeon, though honestly i would be set for lunch with a bowlful and some rice and kimchi. or a wonderful snack for those times you’re afflicted with the munchies. it's garlicky and a little bit pickle-y, but there's also a hint of sesame oil to mellow everything out. in case you want to play around: grated ginger in place of some of the garlic would be nice, and/or a sprinkling of toasted almonds on top could help satisfy all of your crunch cravings. 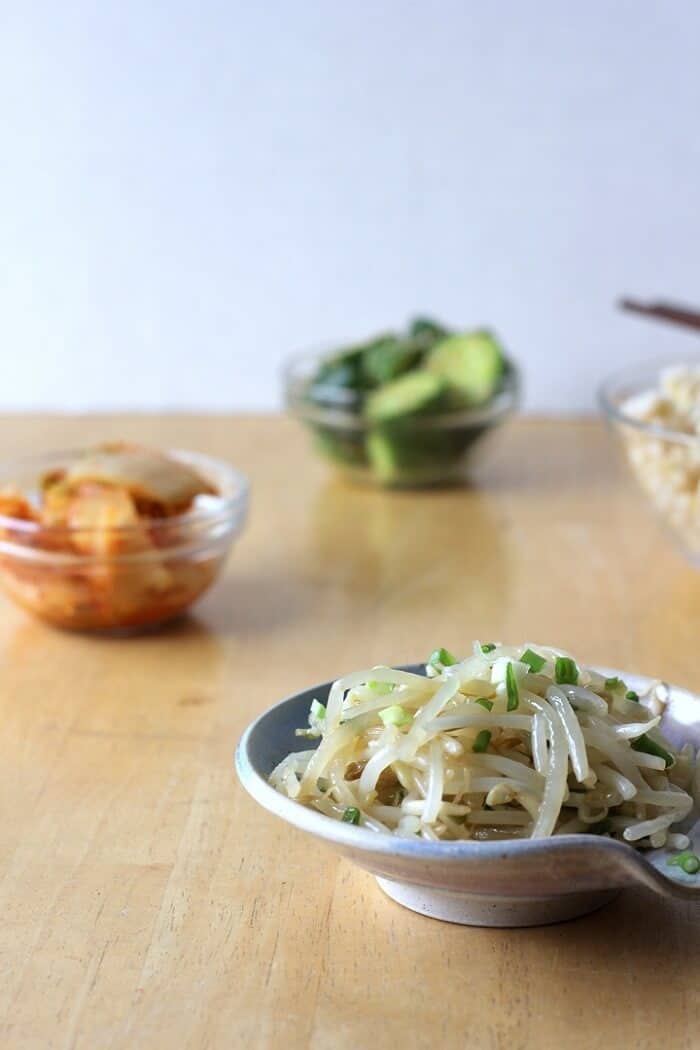 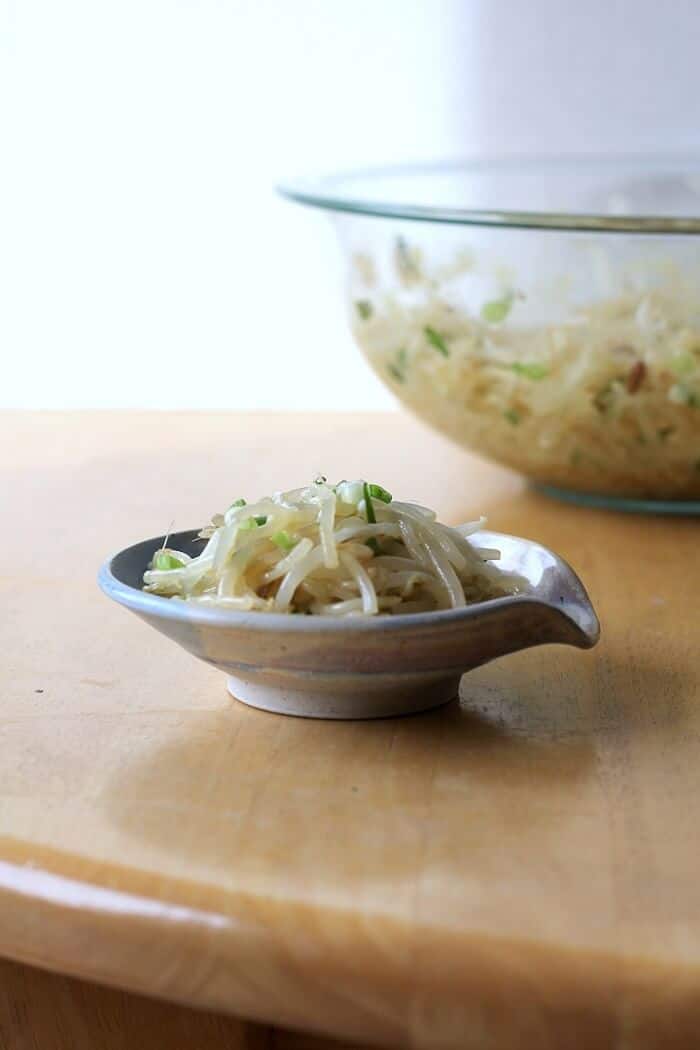 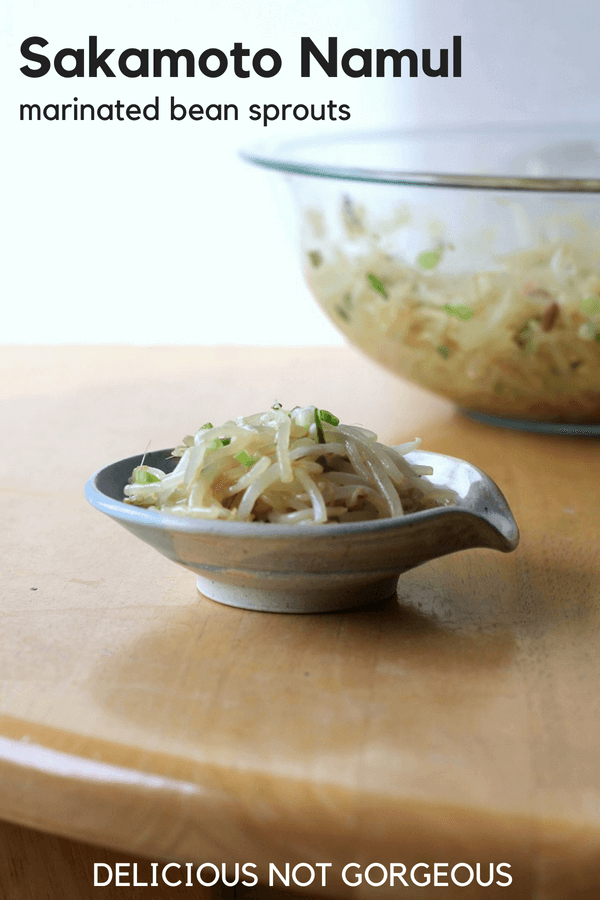 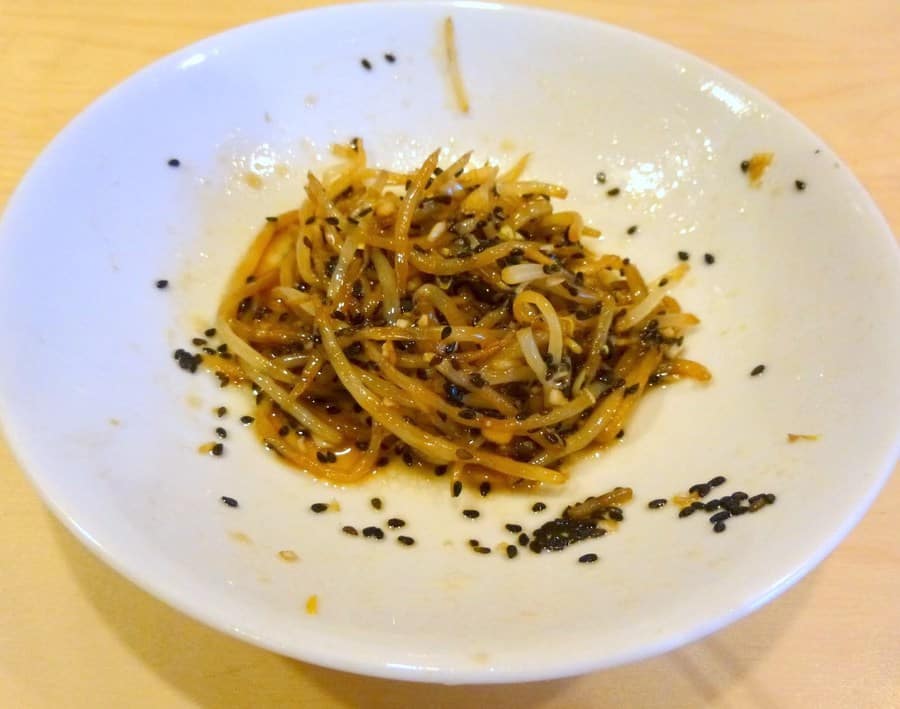