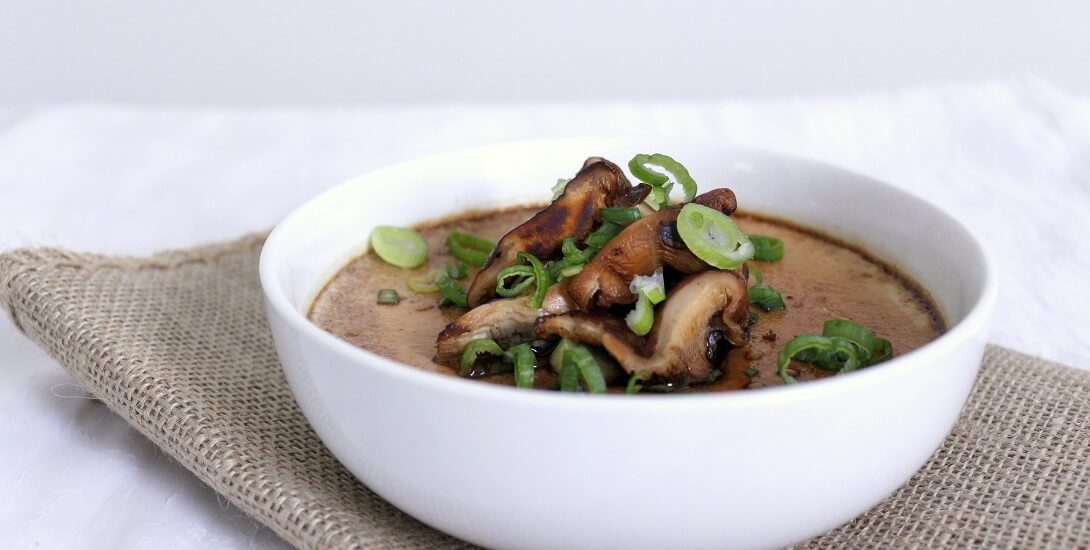 let’s be basic and set some goals, shall we? (would love to know yours too, if you’re the goal making type of person).

which brings us to the asian steamed egg. it comes in many names: chawanmushi (japanese), dun dan  (chinese), gyeranjjim (korean). there’s probably more, but those are the ones that i know of. and though it looks like dun dan would be pronounced as in you’re done, dan in a horribly stereotypical western accent, it’s more like dun dahn, with a long “ahh” sound. i could try to say chawanmushi and gyeranjjim, but it’s a crapshoot and much easier to say steamed egg when i’m in a situation where dun dan doesn’t suffice.

they’re basically the same at the base level: egg mixed with water/broth, seasoned with whatever and maybe with meat or veggies added in as well. HOWEVER. chawanmushi and dun dan usually have a higher water to egg ratio than gyeranjjim, and gyeranjjim is less custardy than the others.

the first time i made this was as a stressed teenager (i think i was more stressed/motivated in high school than in college), when given the ultimatum to either make dun dan for dinner or go to trader joe’s to get other ingredients for dinner. full disclosure: i love tj’s (sights of pickles, olives, macarons and other delicacies! samples!!), but was too lazy to get out of the house that day.

it’s a testament to how easy making dun dan is, and how tasty it is. it’s super silky and smooth, and gently eggy (this is kind of perfect if you’re serving someone who isn’t that into eggs). it feels ridiculously rich, even though it’s only eggs and water/broth. the bite of the green onions is perfect to balance out that decadence, and soy sauce + toasted sesame oil + shiitake mushrooms make sure that this shiitake dun dan is anything but bland. plus, it’s perfect with rice. so much so that i was trying to think of an alternative (quinoa or greens or something), but rice sops all the juices up and there’s just no comparison. 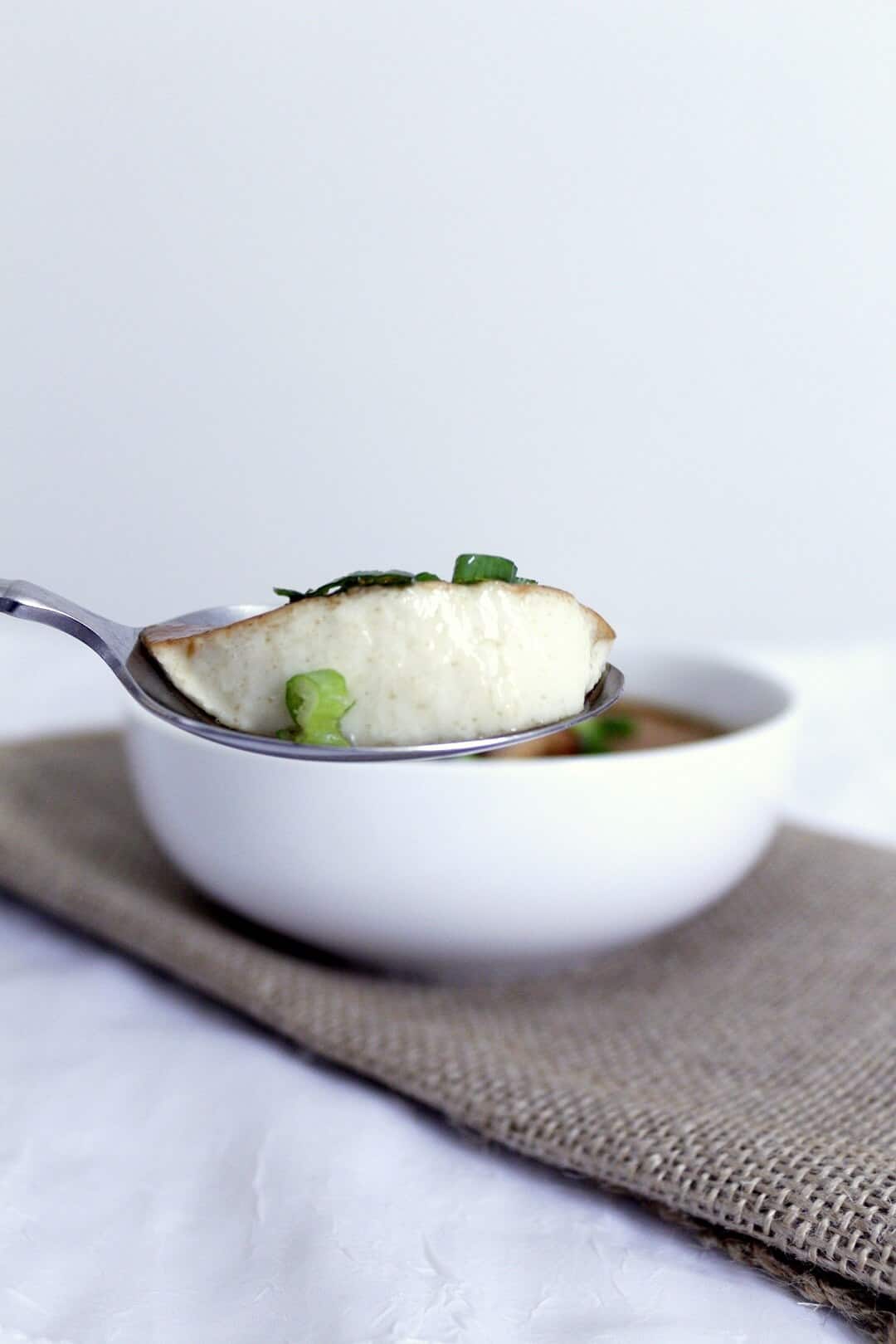 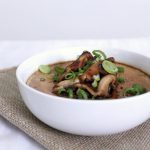 This shiitake dun dan features super fluffy steamed eggs topped with plenty of sauteed shiitake mushrooms for a meal that feels heartier than it looks.

Adapted slightly from CONNIEL1M via AllRecipes.

You can mix it up and not do shiitake. Sauteed shrimp, browned ground beef, cooked chicken, sauteed onions, wilted greens, etc etc would be tasty here!

In these pictures I used the shiitake mushrooms as a garnish, instead of cooking them into the dun dans. Either way works, but I'd recommend sauteeing them if you're planning to use the mushrooms as a topping. 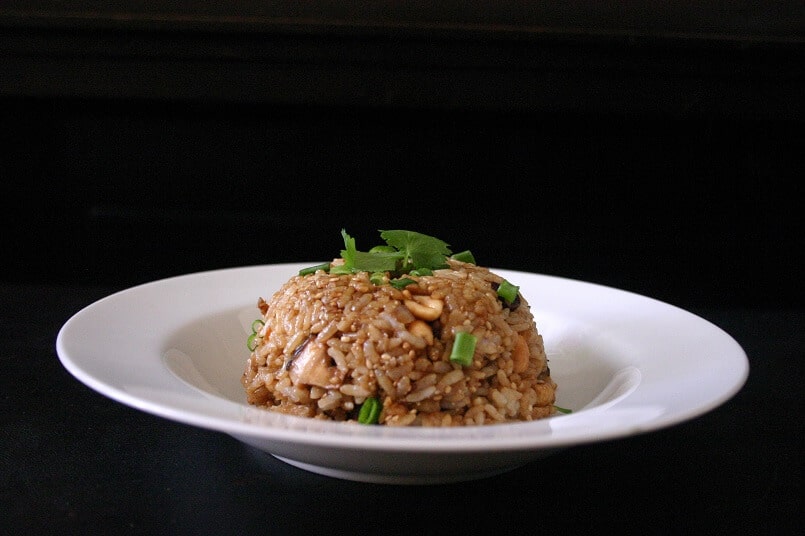 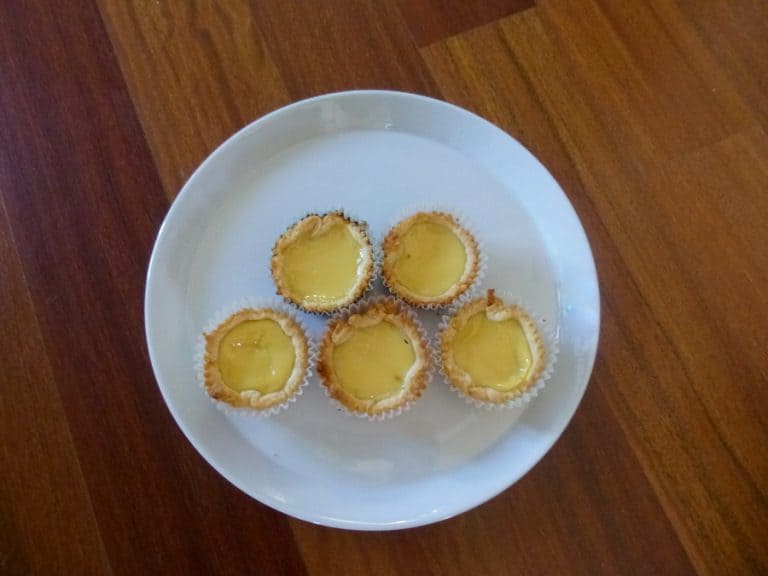