these yaki onigiri, or crispy pan-fried japanese rice balls, are so tasty that you (almost) don't need to eat them with anything else. this post (originally posted in march 2016) was refreshed with new pictures.

are you obsessed with dolsot bibimbap (the korean dish with crispy rice, sesame-flavored veggies and toppings, and spicy/sweet gochujang sauce)? or arancini, the italian balls of crispy rice on the outside, creamy risotto on the inside? here's more crispy rice in the form of yaki onigiri (crispy japanese rice balls) for you then, c/o of a recipe from feeding my ohana. you're welcome.

hot rice is key; otherwise it won’t work and it won’t stick to the other grains. my first attempt was with cold leftover rice and that was a mess. i ended up making fried rice with it. and then, i used hot rice; the onigiri angels sang, and IT WAS SO EASY and mine even looked vaguely triangular. woohooo. second key? be patient and don't touch the yaki onigiri while they're pan-frying. i mean it. you're probably as impatient as i am, but control yourself. if you really get antsy, whip out a sheet of seaweed and cut them into neat rectangles for wrapping around the onigiri, snip some chives, fry an egg, you get it.

and if you did it right (if you had enough patience to cook it and then impatience to devour), you'll have crispy rice that's crackly and crunchy and not tooth-achingly hard, with some tender rice in the middle. a little sweet and briny from the furikake (mine had seaweed, bonito, sesame and a touch of sugar), with the savoriness of the soy. you could add a sunnyside up egg, at which point the egg yolk drips down into the rice crevices and make it creamy and a little gooey (i'm not 100% into runny eggs but with crispy rice, i'm 87% there).

it's perfect for anytime and anything: for breakfast topped with a fried egg, for lunch stuffed with sesame oil-slicked spinach, or for dinner with baked salmon or chicken in the middle. and i bet you could form them ahead of time whenever you make rice, and then leave them in the fridge for when your next musubi cravings hits. then you can have them whenever you want!! excuse me while i go make another pot of rice. 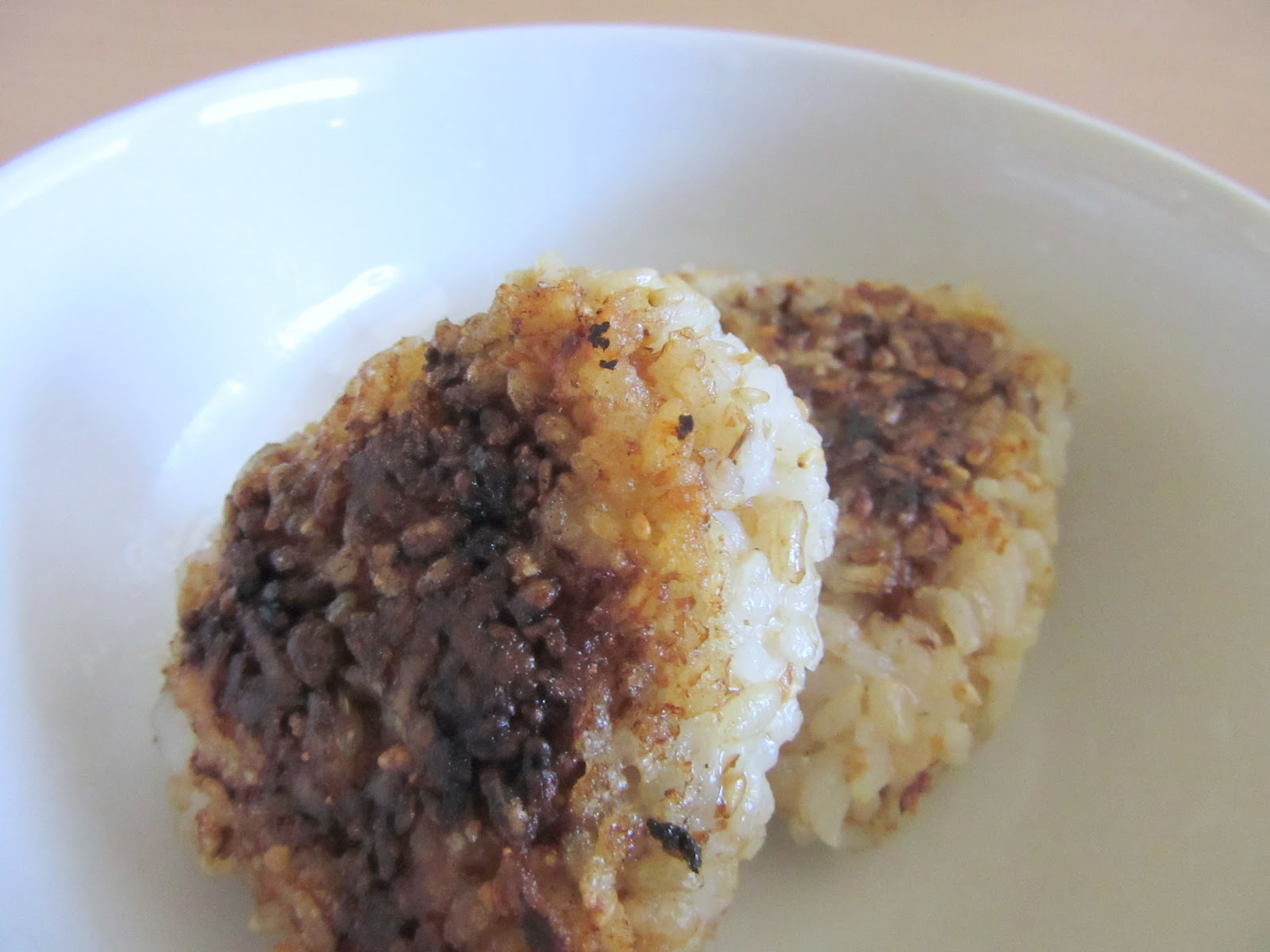 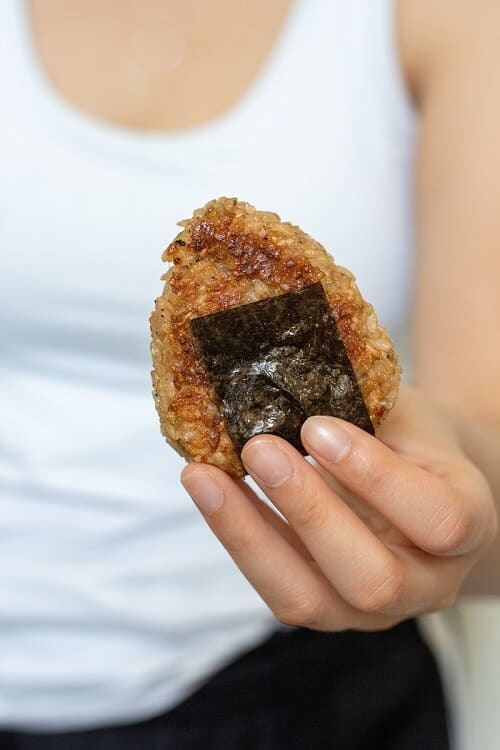 From Feeding My Ohana. 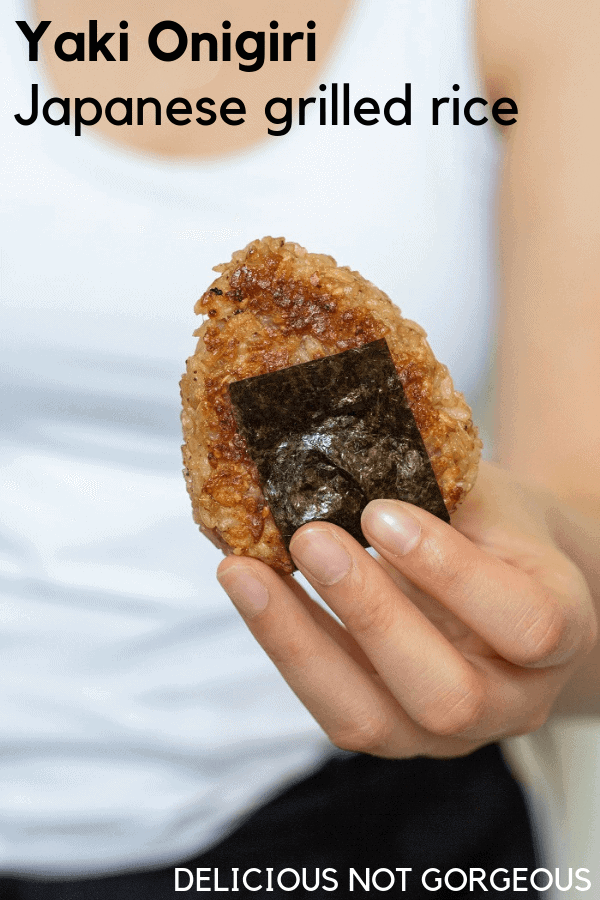 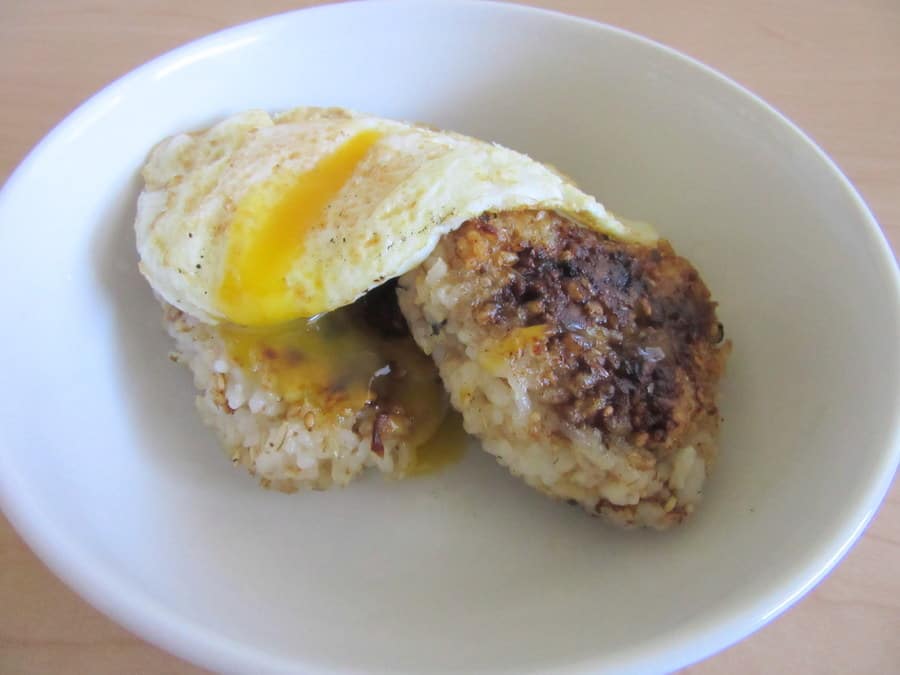